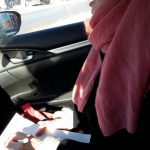 Today we dropped by, unannounced, at a small slaughterhouse in Marieville. We wanted to check on the conditions for the animals being slaughtered. We presented ourselves and our organization and were allowed in. They were not slaughtering anymore today but there were roughly 30 animals waiting in the lairage; small pigs, a bull, and goats. The lairage was well lit, had … END_OF_DOCUMENT_TOKEN_TO_BE_REPLACED 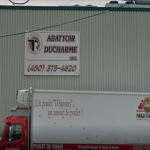 Today the  Eyes on Animals and CCFA (Canadian Coalition for Farm Animals) team dropped by, unannounced, at the DuCharme poultry slaughterhouse to see how involved this company is with animal-welfare. We were not allowed to view the slaughter process today but after introducing our organizations and our aims, we were well received by the man in charge of Quality and Welfare … END_OF_DOCUMENT_TOKEN_TO_BE_REPLACED 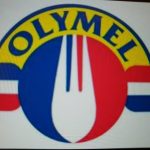 This afternoon we wanted to check on the welfare of pigs being transported to Olymel slaughterhouse in Saint-Esprit. We had heard from a couple of truck drivers that when they have a technical failure, the trucks arriving with pigs are forced to just wait, for hours and hours regardless if the temperatures outside are freezing cold or very hot. Their lairage is not big … END_OF_DOCUMENT_TOKEN_TO_BE_REPLACED 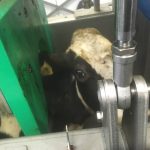 Today we visited the new cattle slaughterhouse in Leeuwarden from the company Vion. The plant had received consultation before building it on animal-behaviour and the latest design tips and equipment available to lairage, herd, restrain and slaughter cattle. After all the horrors we have seen at cattle plants in Ghana and Turkey and some in Europe, we were relieved to … END_OF_DOCUMENT_TOKEN_TO_BE_REPLACED 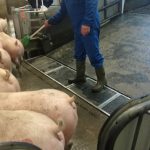