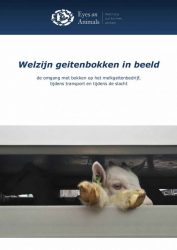 (only available in Dutch)

In recent years Eyes on Animals has conducted extensive research into the welfare of goats. This as a result of an inspection in 2017 in which we found dozens of dead and weakened goat kids in a stable in Brabant. Our findings were not an incident: Minister Schouten reported in a letter to Parliament that 1 in 3 goats does not reach the slaughter age. Between 2017 and 2020 we inspected dozens of goat farms, assembly points and livestock transports. We also spoke with various parties within the goat sector. 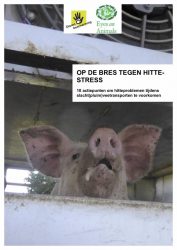 (only available in Dutch)

Last summer we again saw many farm animals suffering from extreme heat stress while waiting on board stationary trucks outside of overful Dutch slaughterhouses. That is why, together with the national Dutch welfare organization „De Dierenbescherming“ we wrote this report containing 10 action points to tackle heat stress in a structured manner. This report was sent to the Dutch Minister of Economic Affairs, the House of Representatives and the livestock transport and slaughter sector.

This report is dedicated to the dairy farmers who had the courage to try out new ideas and stood up for the welfare of the animals they raise. You are the leaders in pushing industry to become a gentler one, and your passion for the animals on your farms is what we admire the most. 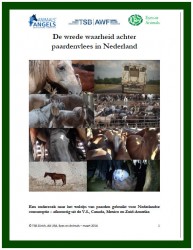 EonA Report The Cruel Reality behind horsemeat in The Netherlands (2014)

(material is available in English upon request) 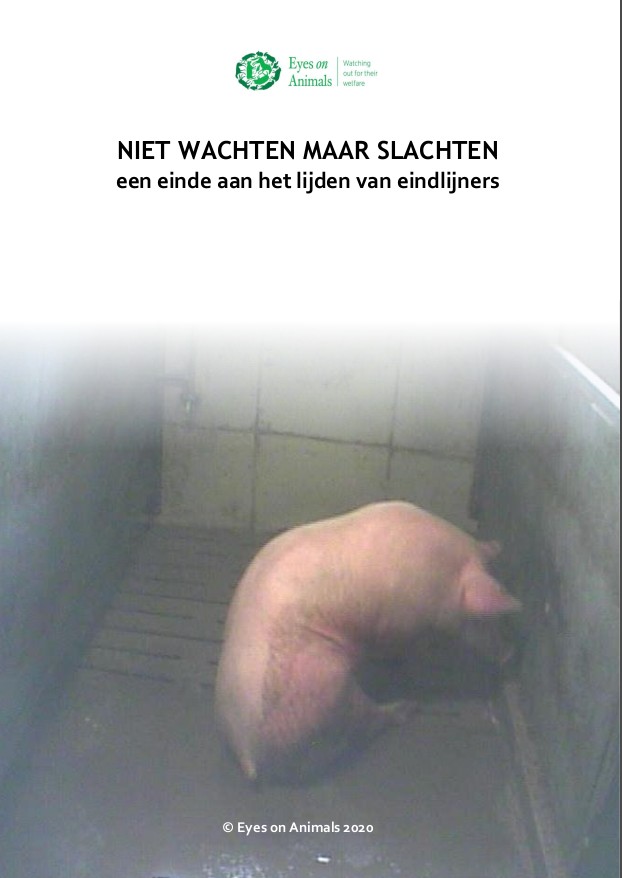 This report looks into the importance of access during transport. It challenges the EU Commission and all EU Member State authorities, in particular the Dutch authorities for tolerating means of transport that do not provide access to animals. It is time that the rules regarding access were made clear and enforcement of them taken seriously.

Cracks in the Crate- routine abuse during chicken transport (2012)

Routine abuse of the EC 1/2005 legislation during the transport of chickens.
By Pei HongYin and Lesley Moffat

A comparative study of the effectiveness, proportion and dissuasiveness of the monetary penalties applicable to infringements of Regulation EC 1/2005 among major players of the EU.

Eyes on Animals is greatly concerned about the welfare of suspect animals at slaughterhouses. These animals are considered fit enough for slaughter, but because of their symptoms of fatigue, fever or injury are kept in separate pens and only slaughtered at the end of the day.

In 2007 and 2008, several Dutch animal welfare organizations were running major campaigns to raise awareness among consumers of the pain involved in castration. In April 2008, the Dutch animal welfare organisation Varkens in Nood (Pigs in Peril) also threatened several large supermarket chains in The Netherlands with prosecution for causing unnecessary animal suffering. This cruel procedure was no longer justified.

Report on phasing out of pig castration (2009)

Back in April 2008, the Dutch animal welfare organisation Varkens in Nood threatened several large supermarket chains in The Netherlands to take them to court for causing unnecessary animal suffering.

Eyes on Animals collected, from various sources, as many complaints made against Dutch transport companies as possible. These complaints were made by officials and NGO’s. This report summarizes the findings of these complaints. It then attempts to draw conclusions as to why violations are committed by Dutch transporters and illustrates how these violations put animal protection at risk and in many cases caused serious suffering and even death. 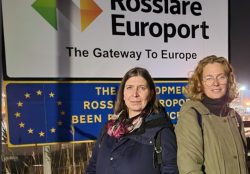