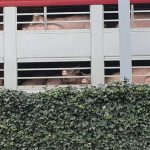 Eyes on Animals has sent a letter to Dutch organizations Vee&Logistiek (representing animal traders and transporters), COV (representing the meat-industry) and individual slaughterhouses to take effective measures when animals are transported during cold weather. For example: Closing the side-shutters of the truck and adding a thick layer of bedding. The current … END_OF_DOCUMENT_TOKEN_TO_BE_REPLACED

Egg farmers from Demeter have jointly decided to completely abandon the conventional method of catching and loading hens (grab them by their legs, 2-3 per hand and holding them inverted) and switch to the more humane upright EonA catching method. This is a big step forward in the welfare of tens of thousands of laying hens in the Netherlands ! It concerns the Demeter … END_OF_DOCUMENT_TOKEN_TO_BE_REPLACED 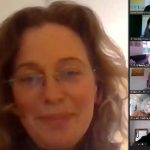 Great news ! All of our efforts over the past 6 years at stimulating a real change within the dairy industry are starting to pay off. We really wanted the dairy industry to take more responsibility and show concern for the fate and welfare of the unwanted calves born on dairy farms ! Soon there will be a separate label on dairy products coming from Dutch farms that keep … END_OF_DOCUMENT_TOKEN_TO_BE_REPLACED 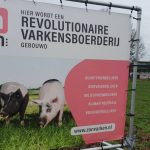 Today we visited the new pig barn built for the new concept "Zonvarkens" (sun pigs). This concept was developed by a group of pig farmers. The idea is to raise pigs whereby they have a good quality of life and can express their natural behaviour. They have room to move, access to the outdoors and fresh air, bedding to build nests and forage in, the sows will have a large … END_OF_DOCUMENT_TOKEN_TO_BE_REPLACED 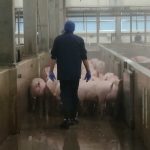 After Animal Rights released undercover footage from inside Westfort slaughterhouse last year, Eyes on Animals together with Dr. Kees Scheepens met with the managers of the plant and those responsible for quality to encourage them to take steps to reduce animal stress. They too were eager to make improvements. At the time, we walked through the slaughterhouse together, … END_OF_DOCUMENT_TOKEN_TO_BE_REPLACED

Great news! All of our efforts over the past seven years at stimulating a real change within the dairy industry are starting to pay off. This past week we held a conference with Dutch dairy farmers that keep their calves with their mothers about creating a “calf with mother” label for their dairy and meat…