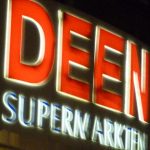 After presenting our investigative results on the Tros Radar TV show about the serious suffering involved in the transport and slaughter of horses in North, Central and South America, DEEN supermarket announced that it will stop selling horse meat from these countries. Deen Supermarket says that it is shocked by the footage seen on the Tros Radar show and although they … END_OF_DOCUMENT_TOKEN_TO_BE_REPLACED 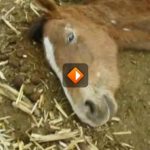 Tros Radar, a Dutch television show about consumer issues with 1,8 millions viewers reports on a 2-year investigative project we did on the welfare and safety problems of horse meat coming from North and South America together with TSB Zürich, AWF, AA USA, L214 and GAIA. Eyes on Animals found that much of this meat is being sold at Dutch supermarkets, wholesale shops, … END_OF_DOCUMENT_TOKEN_TO_BE_REPLACED 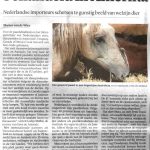 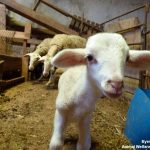 EonA and AWF just received news from the Minsitry of Agriculture in Turkey: "In the upcoming weeks we are going to start trainings for the official veterinarian inspectors. The animal welfare issues are added to this training program. In this scope, we would like to benefit from the power-point presentation and videos you showed us during our meeting in December 2013." We … END_OF_DOCUMENT_TOKEN_TO_BE_REPLACED 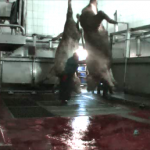 All 10 Turkish slaughterhouses that we have visited so far have had serious and similar welfare problems. However, in many of the cases it is due to lack of information on how to do better as well as lack of awareness and lack of pressure to change. That is why we are trying to get their cooperation in assisting them to make concrete improvements. With some plants things … END_OF_DOCUMENT_TOKEN_TO_BE_REPLACED