Today we inspected Pali pig slaughterhouse. We were here during the heat wave last summer to see if there was a long line-up or not. We were pleased to see that pigs did not have to wait long before being unloaded, mostly because Pali runs their own logistics and trucks, and thus can coordinate arrival times easily. Today we were asked to come back to check on the entire slaughter process, from unloading to stunning.

There were some positive points, namely the hydraulic unloading ramp which could be set at various heights to avoid that the pigs had to walk down a steep slope and the open attitude of the managers. 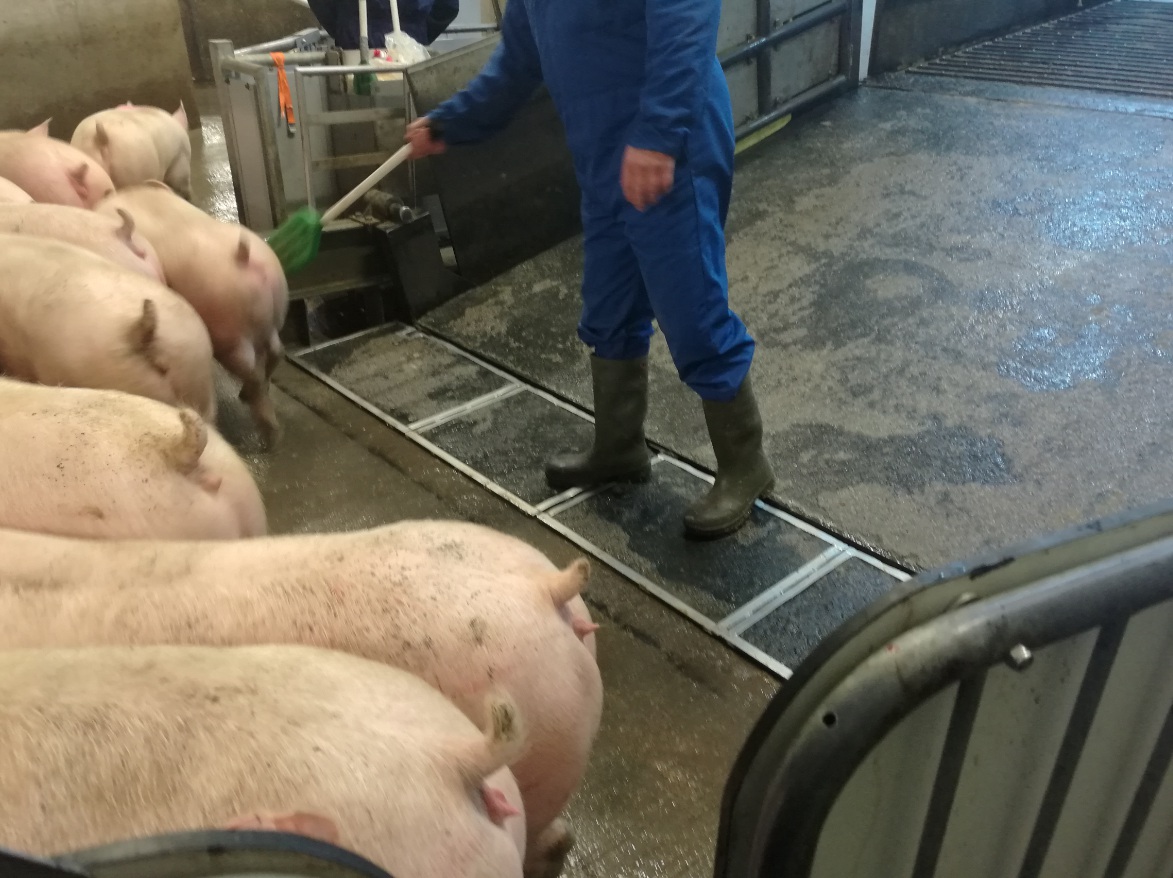 As well, we were told that they adapted their electric stunner so that an alarm goes off should the animal not be adequately stunned. Electric prods are forbidden and a mobile stunner was available right at the unloading dock in order to quickly put an animal arriving in poor condition out of his or her misery. 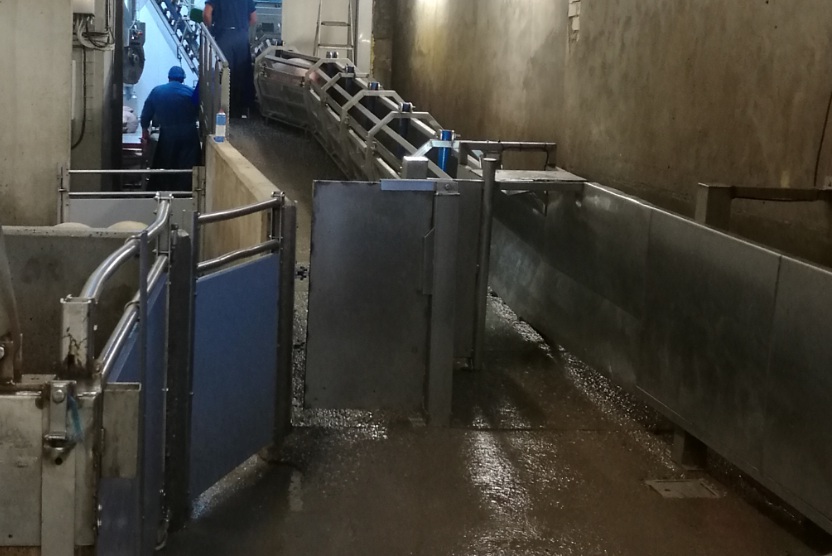 Nevertheless there was room for improvement. The noise level was very high, reaching 90 decibels at some times. This was largely due to the fact that the men responsible for moving the pigs into the single-file raceway shook their rattlers almost non-stop, including hitting them against the wall. The pigs are moved quickly through the system using noise to frighten them into moving forward. We understand that it is not easy to move pigs around sharp corners and into single-file narrow raceways, and thus feel even more that more thought must go into improving the design of the installations, as causing stress and fear via noise to move them defeats the good intention of avoiding electric prods.

We will stay in contact with them and see if they can test out different ideas that could ease pig movement without relying on creating noise.

Eyes on Animals has filed an enforcement request with the minister of farming, nature, and food … END_OF_DOCUMENT_TOKEN_TO_BE_REPLACED