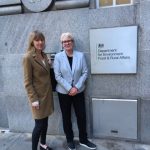 After Eyes on Animals were invited to submit evidence to the UK Government’s consultation on a possible ban on live exports from the UK, we were duly invited to attend a meeting at DEFRA’s head office in London, along with WAP (World Animal Protection) and CIWF UK to discuss options available to the UK regarding the trade in live exports once they exit the EU. The … END_OF_DOCUMENT_TOKEN_TO_BE_REPLACED 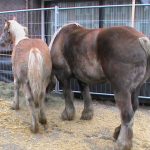 Our lobby has been successful; there is finally a TOTAL ban on exhibiting horses with docked tails. This was just announced by the Dutch Minister of Agriculture, Mrs. Schouten. Sinds it became illegal to show horses with docked tails in 2001, many traditional draft horse breeders used a loophole in the law and had the tails amputated by corrupt veterinarians. These issued … END_OF_DOCUMENT_TOKEN_TO_BE_REPLACED

Recently a critical article / literature study was published in the leading German Magazine “Amtstierärtztlicher Dienst und Lebensmittelcontrolle” about the long-distance transport of unweaned calves. The conclusion was that the long-distance transport, along with starvation (caused by insufficient drinking- and food facilities inside the trucks) are a serious stressor … END_OF_DOCUMENT_TOKEN_TO_BE_REPLACED 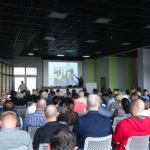 Today we gave a training workshop on the EU animal-transport legislation to the Regional Veterinary Inspection in Katowice, as they requested. This is our first training for Veterinary Officials in Poland, we are very pleased that our training-courses for the ITD (Polish Road Transport Inspection) are having such a broad effect. 100 Veterinary Officials are participating … END_OF_DOCUMENT_TOKEN_TO_BE_REPLACED 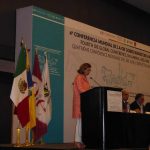 Our poster about our on-going project to decrease animal-suffering during slaughter in Turkey is being presented at the International OIE conference taking place in Mexico. Veterinarians and officials from all over the world take part in this conference that is being held this week. Dr. Cecilia Pedernera, our colleague from TSB|AWF, is present to answer any questions … END_OF_DOCUMENT_TOKEN_TO_BE_REPLACED

In a response to our questions, the EU Commission confirms that there is no derogation to the feeding intervals in the … END_OF_DOCUMENT_TOKEN_TO_BE_REPLACED