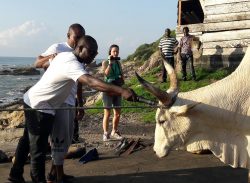 Last year some of the employees from Cape Coast commercial slaughterhouse participated in the Eyes on Animals and WACPAW theory training on how to reduce suffering during slaughter. This year EonA and WACPAW returned to their slaughterhouse to see if they were willing to make improvements. We were positively surprised – they are now completely convinced that stunning cattle prior to cutting their throats is the right thing to do, to at least reduce some of the suffering. They also now better understand that importance of using professional knives that are kept sharp. Because they are taking the subject now seriously, we donated to them a captive bolt pistol and 3000 cartidges, as well as 2 knives. Today Roy from our team (a professional stunner and humane animal handler from the Netherlands) showed them how to use the stunner on the cattle and how to check that the animal is fully insensitive to pain before cutting their throat. After the workers started practicing, under our direct supervision. 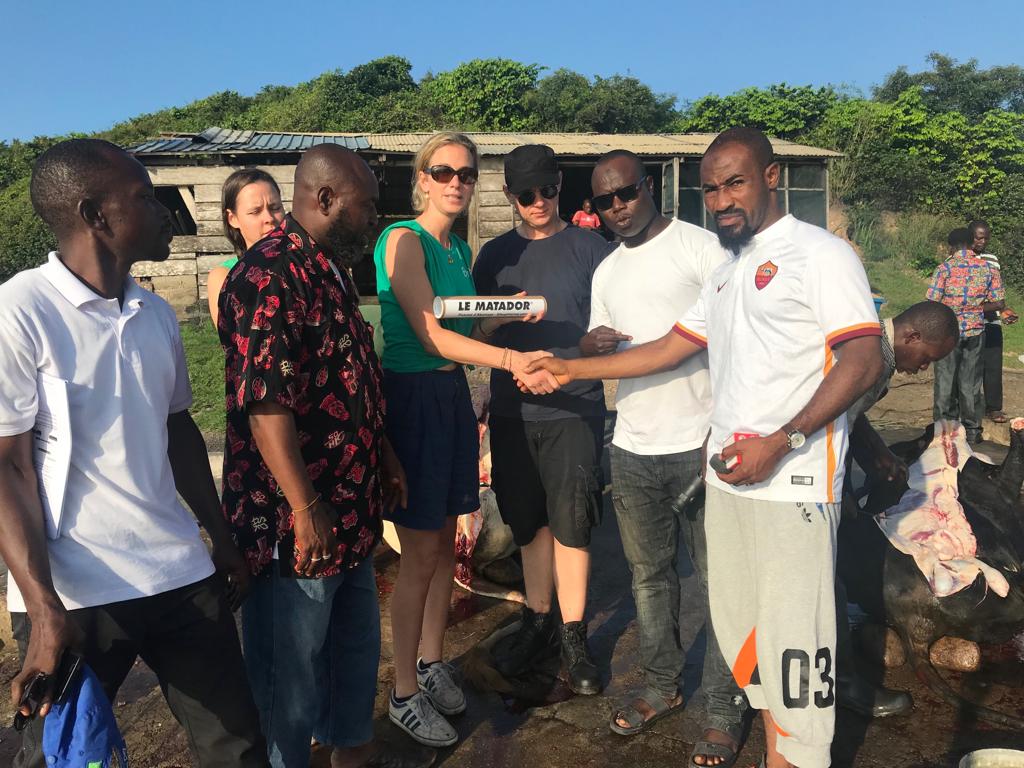 From now on, this cattle slaughterhouse will stun cattle upright, and no longer force them to collapse and then cut their throats with blunt knives while still fully conscious. We are so pleased that, together with WACPAW and the people of this slaughterhouse, such an important step in reducing cattle suffering could be taken. We are also pleased that the ambiance was positive, one of learning and collaborating, and not one of force or disinterest.

There are still many improvements necessary- the men unloading the cattle were very negligient and impatient, resulting in one bovine falling off a truck and then tripping in a gutter and collapsing. The handling of the goats is horrible still- with suppliers bringing goats in with their four legs tied tightly up in thin wire, and throwing them on the ground and then slicing their throats while fully conscious. We will not give up.

Eyes on Animals has filed an enforcement request with the minister of farming, nature, and food … END_OF_DOCUMENT_TOKEN_TO_BE_REPLACED