All 10 Turkish slaughterhouses that we have visited so far have had serious and similar welfare problems. However, in many of the cases it is due to lack of information on how to do better as well as lack of awareness and lack of pressure to change. That is why we are trying to get their cooperation in assisting them to make concrete improvements. With some plants things look promising. However, the owner of Aygülar Dericilik slaughterhouse in Kazan, near Ankara in Turkey has made it very clear that he is not interested in making any improvements or investing any time or money into animal-welfare. He just wants the animals processed quickly and cheaply. His slaughterhouse was by far the worst one we have inspected in the country. The floors were very slippery and there were sharp corners, causing animals to panic and fall. The workers repeatedly used electric prods, even on their genitals, to force the scared cattle forward. The cattle were hoisted upwards by one leg to the point of no longer being able to touch the ground at all and left like this for 2 minutes. They were screaming out from the pain. Many were then not cut properly, and remained conscious long afterwards. The Ministry of Agriculture is drafting now welfare legislation for slaughterhouses, but it will be a couple of years before it is ready and who knows how much longer afterwards before it will be effectively enforced. We are going to threaten this plant to make specific improvements now and if the director refuses, we will go to the media and to the supermarkets that sell meat from this plant. The suffering and panic of the animals at this slaughterhouse was the worst we have ever seen. 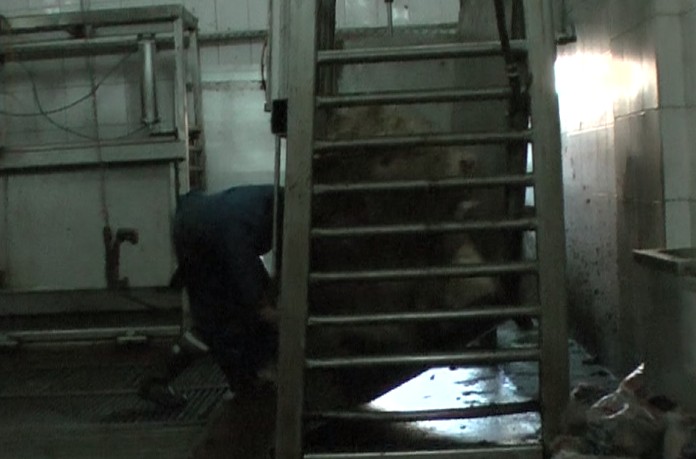 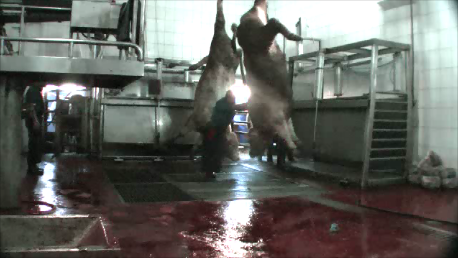