Today Eyes on Animals attended a meeting with stakeholders from the livestock industry (Vee&Logistiek and COV) about the “National plan extreme temperatures”, also called the ‘heat protocol’ which has been developed by the industry. The Dierenbescherming (Dutch Society for the Protection of Animals) was also present.

Eyes on Animals requested the meeting after they conducted several slaughterhouse inspections during the 2018 heat wave. We observed dozens of pigs suffering from severe heat stress while they were waiting in stationary trucks in front of the slaughterhouses. Unfortunately, from our findings, we concluded that the Dutch heat protocol fails to protect the pigs. We shared our observations and gave several recommendations to help reduce heat stress. The discussion was tough, but by the end we agreed on a few important aspects. One is that during the summer months all companies ideally should work to a schedule developed for tropical weather. This means that all parties that are involved in the slaughtering of pigs during the summer months work in the evening, night or early morning, so transport and loading during the hottest periods of the day (11:00-16:00) are avoided. A tropical schedule will also prevent miscommunication between the different parties involved in the slaughtering of pigs (NVWA, KDS, transporters and slaughterhouses) as the planning is no longer dependent on the daily weather forecast. The industry also agreed to add a recommendation in the heat protocol to water the pigs onboard the trucks if a nipple system is present. 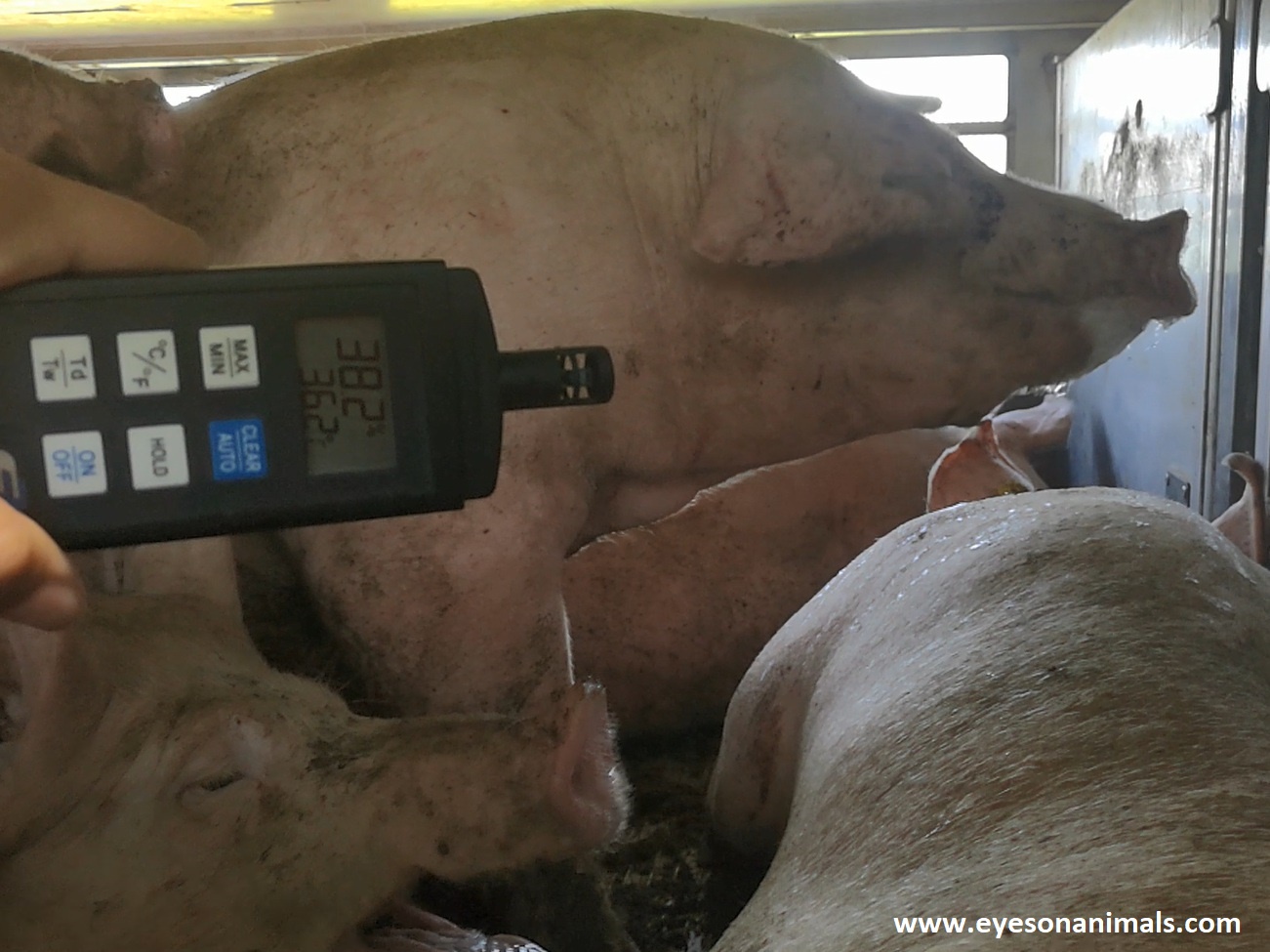 Nevertheless, Eyes on Animals believes this should be a requirement instead of a recommendation. We have made a small practical report for the industry which includes some very important steps that should be taken to reduce heat stress, for example: enlarging the lairage, increasing the number of loading ramps (so long waiting lines are prevented), using industrial fans and creating shaded areas for the trucks carrying animals. This report will soon be on our website.

At the beginning of 2019 a meeting will be held with the same stakeholders to provide an update on the improvements and developments to help reduce suffering during the summer months. 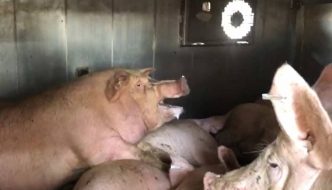 Four years ago, during a heat wave, we broadened our inspections from checking individual trucks on the highway transporting animals in extreme heat to checking the arrival of dozens and dozens of animal trucks at slaughterhouses in The Netherlands, western Germany and Belgium…