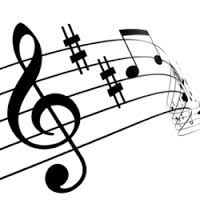 For many people, the world would be a nicer place if there were no slaughterhouses. But the fact of the matter is that they will not be phased out any time soon as the vast majority of people around the world consume and use animal products. Isn’t it good that some slaughterhouses are taking action now to at least reduce stress and suffering ? Both Toennies and Euro Meat Group  have taken “out of the norm” steps to curb animal stress when arriving at the slaughterhouse by installing speakers in the lairage area and playing classical or soft pop. It may seem like a laughing matter to some, but gentle music has been shown to reduce heart rate in animals, just like in people. Dairy cattle will even produce more milk when gentle music is playing in the barns. Click HERE to listen to the music playing in one of the slaughterhouses’ lairage.

Toennies also continues to provide substrate (corn kernels) on the floor of the lairage, so that when newly arriving pigs enter they are immediately drawn to the floor and forage, rather than stressing out about the new environment. It also limits fighting among the pigs, as they have something to direct their attention to other than at each other. To watch a video showing the effect of corn as foraging substrate, click HERE.

We encourage all slaughterhouses to brainstorm about what they can do to reduce animal stress in their plants. Copy these ideas and implement new ones too!

Eyes on Animals has filed an enforcement request with the minister of farming, nature, and food … END_OF_DOCUMENT_TOKEN_TO_BE_REPLACED