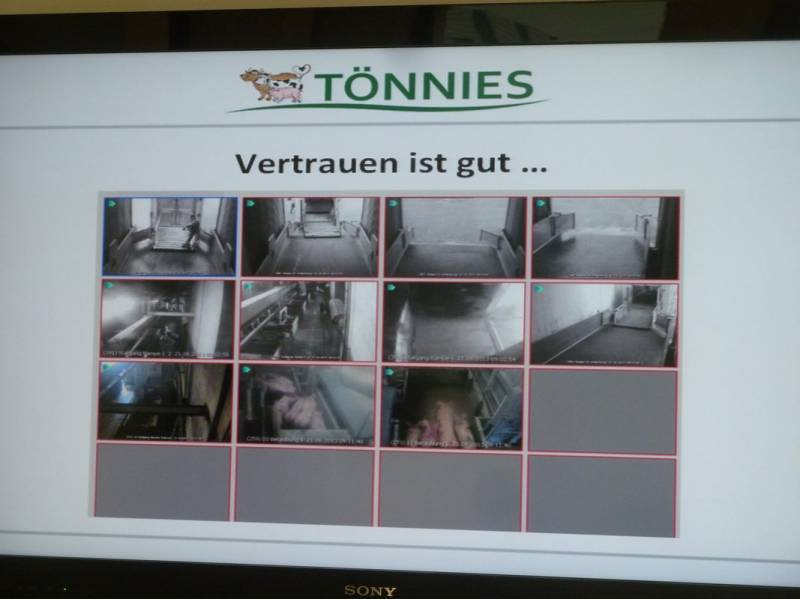 Eyes on Animals together with Groothedde Vaassen (Dutch company that imports and distributes pig and cattle meat to Jumbo) and a student from Wageningen were invited to Toennies to check on their slaughterhouse. Reason for the visit was a film that Eyes on Animals made comparing electric and CO2 stunning of pigs (to watch the film click HERE). We were curious if there are any studies being done to look into the use of less aversive gasses to render the pigs unconscious. Toennies is busy with research and told us some things, but exact details are not yet available for the public. We discussed and checked on other steps that Toennies has taken to reduce stress and suffering. Two years ago they hired a veterinarian with a passion for ethology to be an Animal Welfare Officer. Together with his team they get down on their knees to see things “from a pig’s point of view”.  They adapt installations so that less noise is created, they sprinkle corn kernels on the ground of the lairage to keep the pigs happily foraging and avoid fighting or stress with one another, they forbid electric prods and only allow plastic paddles to shake to get the pigs moving forward, they have an employee responsible to check the reflexes of each and every pig after stunning to be sure they are unconscious before being further processed, they have CCTV cameras everywhere where live animals are handled (see photo above), they have constant vet surveillance at each unloading ramp and separate small rooms near the ramps where animals that cannot easily walk off the truck can be stunned and slaughtered. They are now working on replacing squeeky wheels on the gates to the lairage pens, installing speakers to play classical music (scientifically proven to calm animals down) and thinking about installing the automatic doors that push the animals toward the CO2 gondola differently so that they do not create shadows or fright.

Despite the slaughter of animals never being a pleasant topic, we were really positive about the visit today. It was uplifting to hear about a slaughterhouse taking so many steps, and thinking so creatively about how to make the whole process less aversive for the pigs. If only every slaughterhouse could be this forward- thinking!

We would like to thank Toennies and Groothedde for this thorough work-visit today (from 10am – 16:30) and will stay in touch with Toennies to learn more and forward their ideas for improvements to other pig slaughterhouses we visit that are trailing behind. 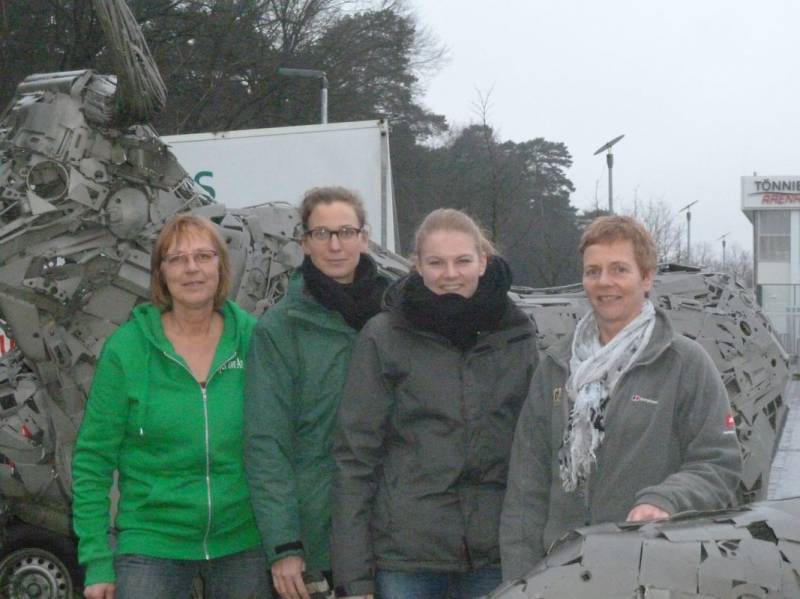