Home » Our inspections » transport » Meeting with transporters about access to animals 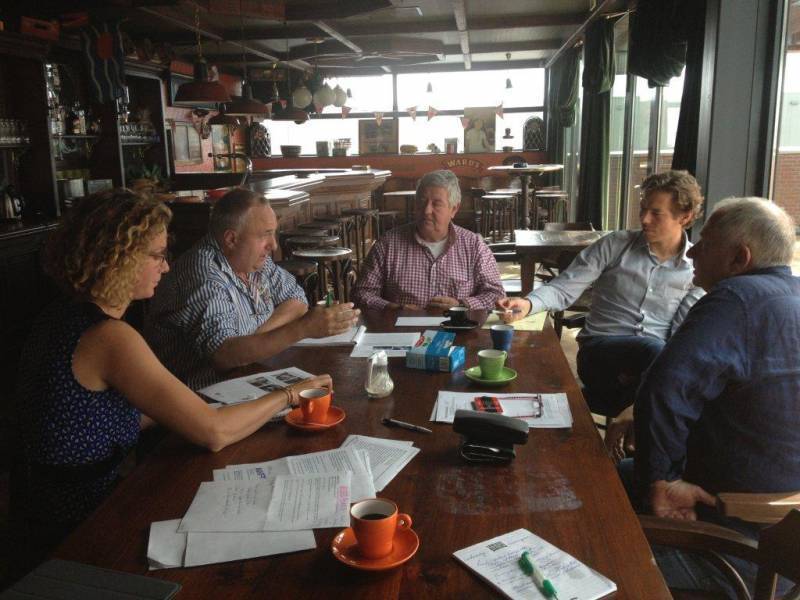 Today Eyes on Animals met with Sleegers Transport, Jaap de Wit Sr and Jr from Westfoort slaughterhouse and Herman Klompjan from Consultancy Animal Welfare (and previously Klompjan Transport) to discuss a topic that has become hot in the Netherlands – the fact that many of the new livestock trucks being built here do not have side access doors. This makes access to the animals difficult and in many cases impossible during transport, despite it being an EU requirement. Sleegers argued that his sealed livestock trucks with air-conditioning have too many other welfare advantages that outweigh the negative aspect of them not having side doors, and claimed that building side-doors in them was from a technical aspect not possible and not desirable. He also said that because the loading density in his trucks is lower, it was possible for his drivers to enter via the back door. Because air-conditionned trucks are often used for high-quality expensive breeding stock, we decided to let this theme rest for the moment as the welfare of these animals is not so urgent as for “slaughter”animals and it was obvious that common ground would not be attained today. However, we did all agree that the forced-ventilation trucks with only small openings (where the fans are placed) could, and should be larger (Sleegers feels this for large livestock), so that people like the driver and the vets could access the animals and easily provide them with such things as manual water buckets, feed, medicine etc… Most of us agreed that during long-distance transport, easy access to the animals via the side was vital as often via the back door it is not possible – either because a veterinarian or chauffeur would not be ready to crawl through on his knees or because it was too dangerous (when loaded with bulls, for example). Sleegers insisted that his trucks permit easy access via the back door, as he only loads one level when transporting cattle and loading density is lower than EU norm.
As trucks with forced-ventilation with only small side- openings are being used more and more and even for “slaughter” animals (where more problems could take place), larger openings providing better access would help guarantee that action could be taken to reduce suffering. Sleegers promised to talk to members of Veetrans and Seveetra about getting bigger openings built in the trucks using forced ventilation, and Jaap de Wit jr and sr will talk to some of the bodyshops to request that openings now be made slightly bigger.
We are happy to hear that some bodyshops, such as Finkl in Germany and Companjen in the Netherlands, are already making side-openings now large enough for people to access the animals inside. 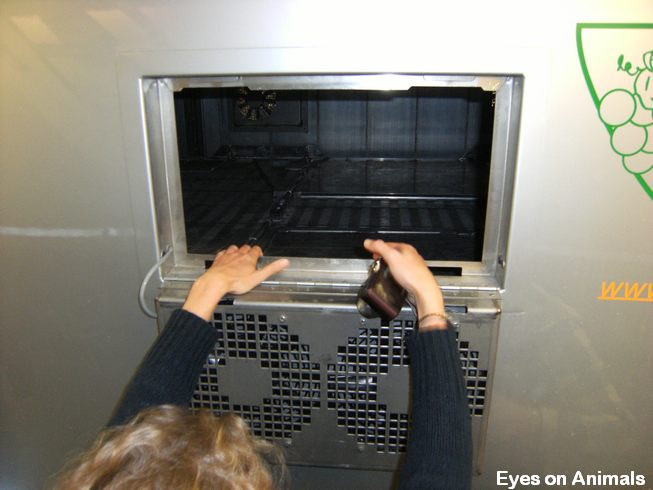 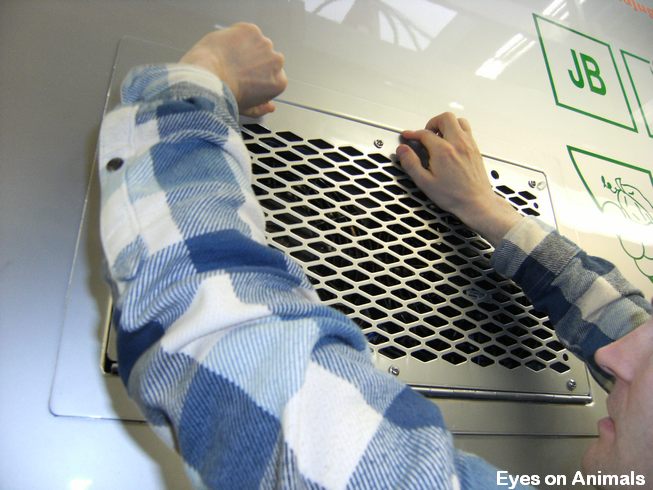 Common ground was found regarding trucks with forced ventilation (see above photos) transporting such species as pigs,
cattle and sheep- the openings where the fans are placed can, and should be made bigger than what you see in the photos, so
that a person can properly access the animals to give first-aid and, during long-distance, manually feed and water them, etc… 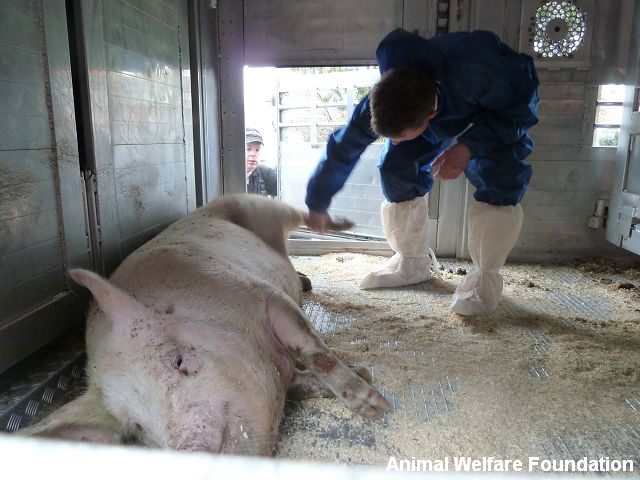 When access openings are large enough for a veterinarian to enter, it means animals that fall sick or injured,
dehydrated or weak have the chance to be treated immediately. If not they are left for hours on board to suffer as often the next control post is another couple of hundred kilometres away. In some countries outside of the EU where we export to (Russia, Turkey), there are not even control posts so there is no chance to unload! 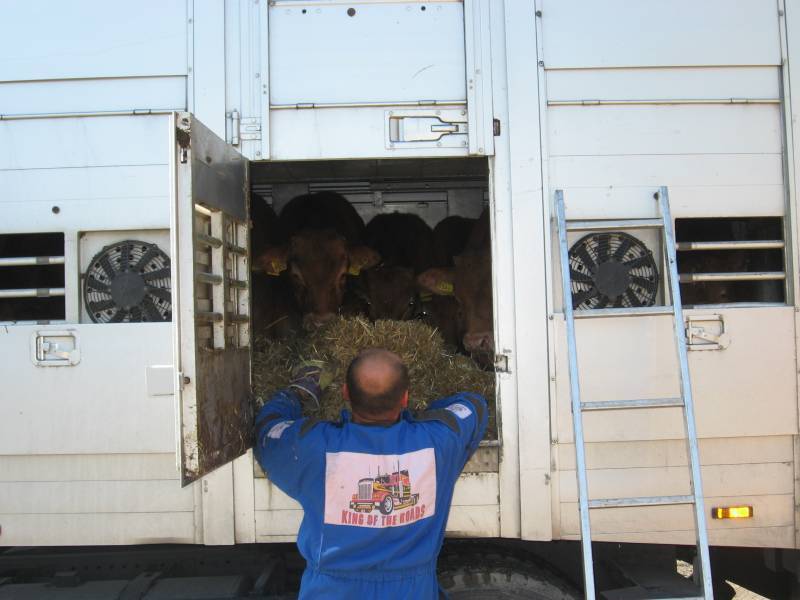 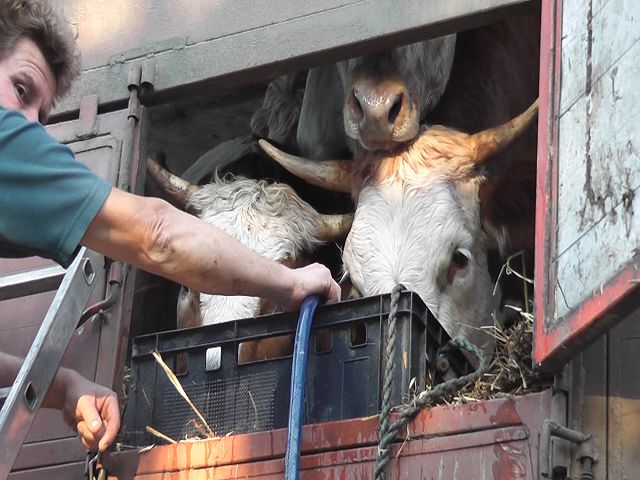 We all agreed too that during long-distance transport, particularly for the transport of bulls and other large
or dangerous animals, side-access was vital. There is no other way to professionally feed and water them, which
must be done manually in order to be sure that even the submissive or weaker ones get enough. Entering through the back
cannot be considered as adequate access, because very few drivers and veterinarians will crawl through a herd of
loaded bulls via the back door!

Eyes on Animals has filed an enforcement request with the minister of farming, nature, and food … END_OF_DOCUMENT_TOKEN_TO_BE_REPLACED