Home » Our inspections » transport » Loading of broilers by machine 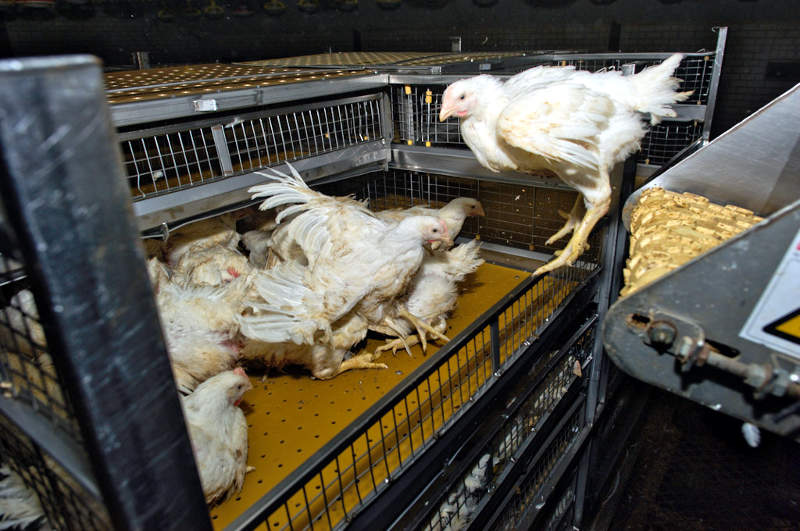 Today the team from Eyes on Animals brought a work visit to a large poultry farm, containing 175.000 broiler chickens spread over 7 barns. The broiler chickens that are ready for transport to the slaughterhouse are mechanically caught at this farm by a machine. The machine has a conveyer belt system, which makes sure that the chickens are in an upright position when placed on the catching arms of the machine (the width of the arm can vary between 3-7-9 meters). Through a mechanical arm they are placed in the containers one by one, again in an upright position. The machine automatically indicates when the container has reached the correct weight, after which the conveyer belt stops. This prevents overloading. Next the containers are loaded onto the trucks. The chickens are barely handled by humans anymore. Four employers are needed; two on the ground and two near the containers. Each hour, around 5000-8000 chickens can be loaded. The poultry owner who has been using this machine for several years is very enthusiastic about it. He believes it improves the welfare of both the animals and the employers. The catching happens calmer now. The animals don’t need to be caught by their legs and suspended upside down anymore, which can cause stress, pain and bone fractures. The slaughterhouse where these chickens are transported to is equally satisfied about the large percentage of fit animals they receive. Also for the employers the work has become more pleasant; they do not need to lift thousands of (heavy) chickens anymore.

We got a positive impression about this way of catching broiler chickens. Our team has also observed the catching and loading of broilers by humans, and it was much more stressful. The welfare of the birds during catching by humans could be better guaranteed if they were supported by under their breast instead of suspended upside down by their feet, but industry tells us that is not a viable option for these large farms due to the volume and the amount of time this would cost. In the barn it was calm, the machine does not produce a lot of noise and the chickens did not seem very stressed by the slow moving machine. Another benefit is that the chickens remain upright during the whole process. During our inspections of broiler chicken transports we have often seen animals lying on their back (a consequence of manual catching), unable to upright themselves. During inspection of this truck, all chickens were upright.
Our conclusion is that this method contributes to better animal welfare in this stage of the broiler chickens’ lives and we hope more poultry owners will make this investment.
We would like to thank Arjan Oostvogel, owner of this poultry farm, and Bram Godrie from GTC Agricultural for their time and clear explanation. 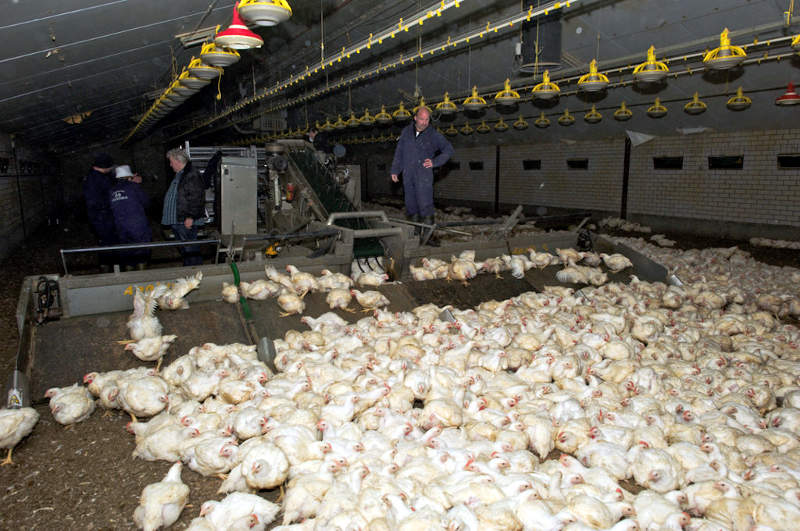 The chickens walk on the catching arm of the machine. 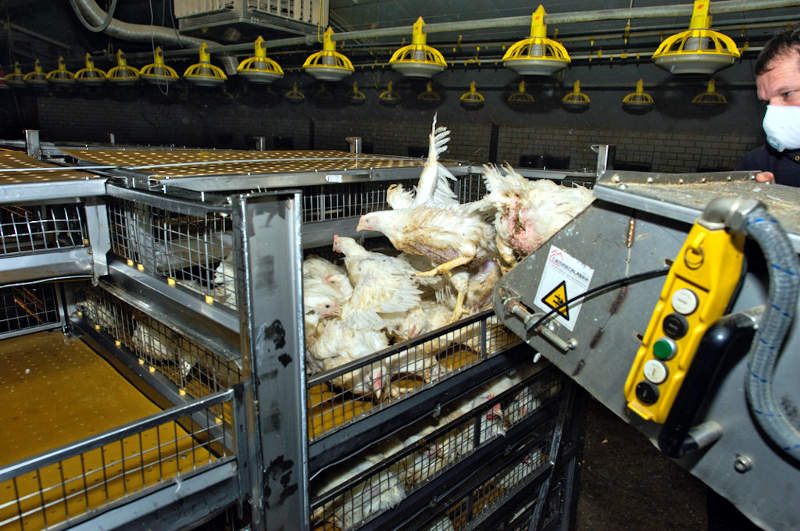 From the catching arm the chickens enter the container in an upright position. 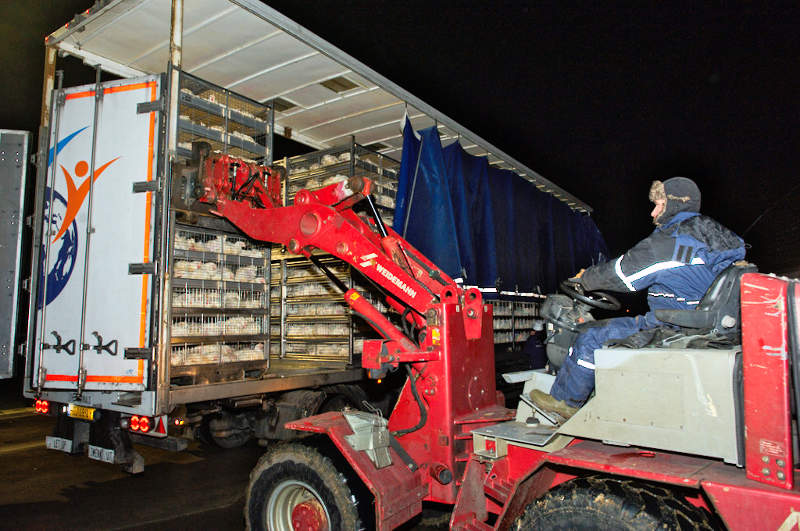 The loaded containers are stacked onto the truck.

Eyes on Animals has filed an enforcement request with the minister of farming, nature, and food … END_OF_DOCUMENT_TOKEN_TO_BE_REPLACED