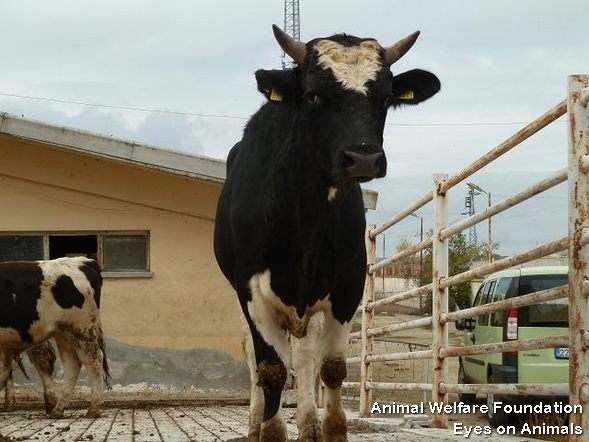 After 12 days of being on the road, the bulls from Latvia stuck inside the Bulgarian/Turkish border since 4am on November 24th are finally unloaded and given proper amounts of water and feed. At 23:00 last night, the Bulgarian and Turkish officials made the decision to let the bulls out at the quarantine stables on the Turkish side of the border, in Kapikule. Amazingly, all bulls are able to stand up and walk out. Our team on the ground is with them. We hear that the Turkish authorities have agreed to make an exception to their rules and allow this livestock truck to cross Turkey. The pressure from the media and letters and phone calls to the authorities seems to have worked- the animals will at least not be left to slowly die on the truck. Nevertheless, the animals will be reloaded tomorrow night, the back door of the truck sealed shut and the animals sent directly to Iraq without being allowed any stop. The Turkish customs will be trailing them via gps to ensure this. The journey is 2000km.
Yesterday the Iraqi importer of these Latvian bulls arrived. Today our team met with him and gave him our opinion about this horrible and avoidable incident. He confirmed that he will never attempt this again. If he ever buys EU animals again, he will only fly them in to Iraq.
On behalf of our teams (Eyes on Animals, Animal Welfare Foundation/TSB) we would like to thank everyone who helped us at least get these bulls out of the truck – our local contacts at the border, the media and the animal-welfare campaign groups that informed all their members and wrote letters, such as CIWF UK. 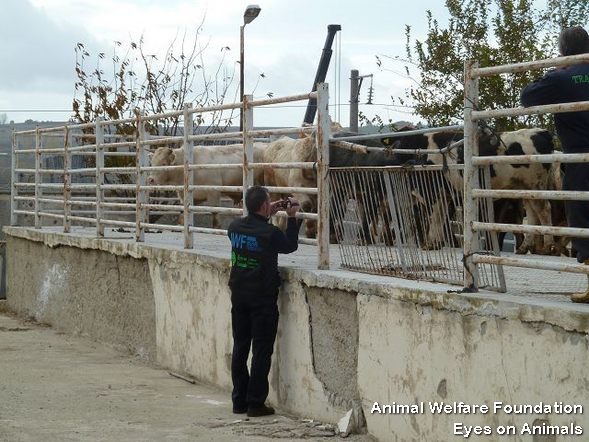 We are now trying to organize that someone can trail this truck through Turkey. Our teams on the ground are exhausted and eastern Turkey is not very safe for them, so we hope to hire one of our local freelancers that has helped us in the past. Sadly, the animals journey is not yet over and it will still end with their slaughter…