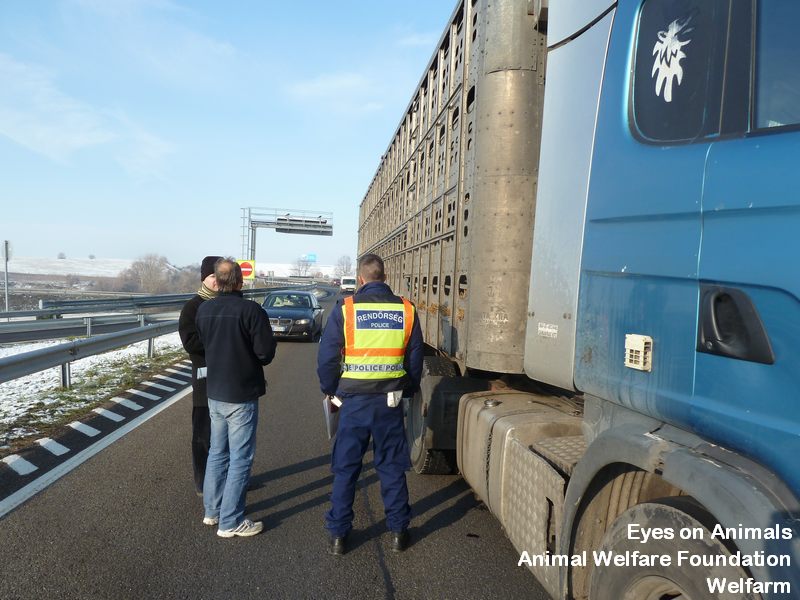 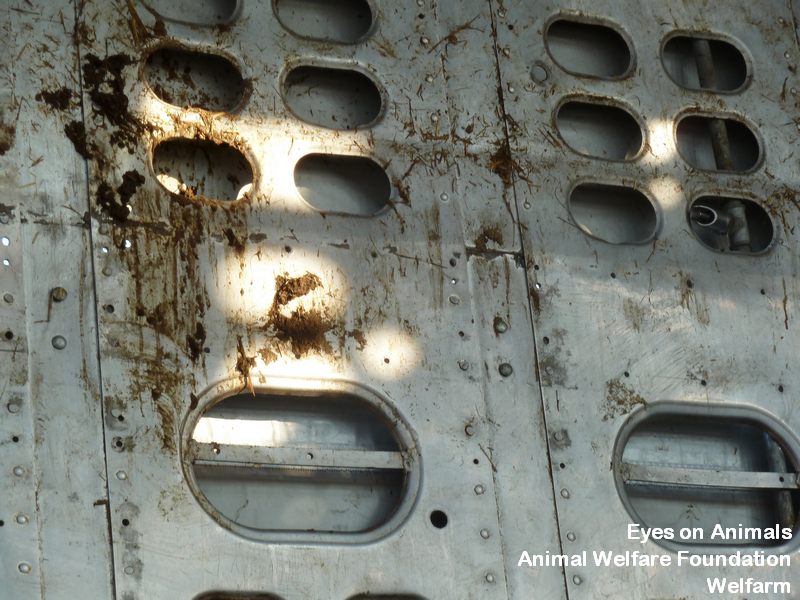 After giving a theoretical training to the highway police of Budapest region back in October, we headed out today with a police-team to do the practical part. Near the Budapest ring we waited on livestock trucks to pass by. In total we stopped and checked on 3. One was from the Hungarian company Sarimasos, which we often see at the Turkish border. Today the truck was empty but full of dirty bedding. The driver explained that he had loaded bulls in the Czech Republic destined for Turkey, but after a few hours he had to unload them because the Turkish importer didn’t have the money to pay! He received a ticket for not having cleaned his truck out.

The second truck we stopped was from the Hungarian company Mazei Laszlo and had “slaughter” pigs and cull-sows from Slovakia. They were destined for a slaughterhouse in the southern part of Hungary. Because the journey was under 8 hours, the EU legislation does not make bedding (such as straw) mandatory, and thus the poor animals had nothing warm to lie on. Several sows were found shivering, as the temperature outside was -1 Celcius and the drivers had left many of the side-slats open. The police had them close most of them to help keep the pigs out of the cold wind. It is quite disturbing that transporters chose to rather save a few euros, instead of providing bedding to the animals they profit from, especially during cold weather. 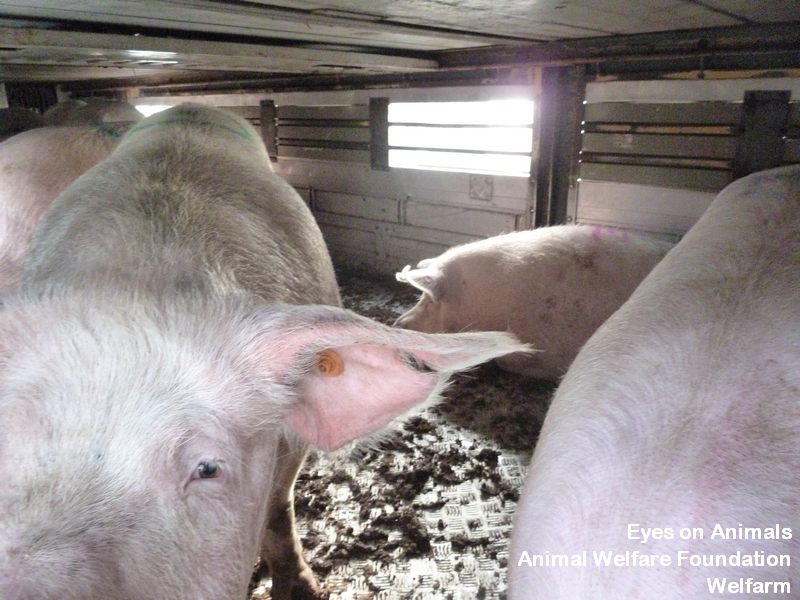 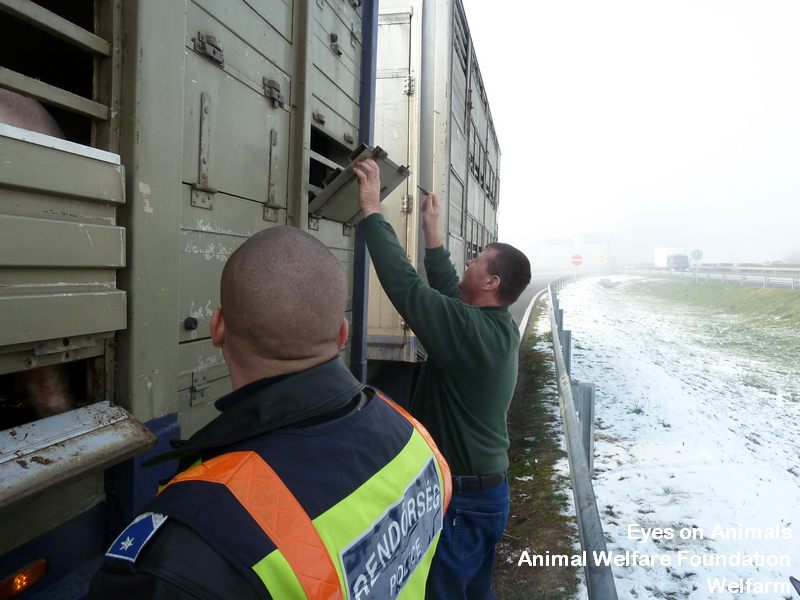 The last truck was from the Romaian company Ghidel and had piglets from Germany on board, organized by the Dutch trader, Koningsbosch. The conditions were very good- the piglets had plenty of bedding, had been unloaded for 24 hrs rest in Slovakia, had water and plenty of space (only 400 had been loaded instead of the regular 600). 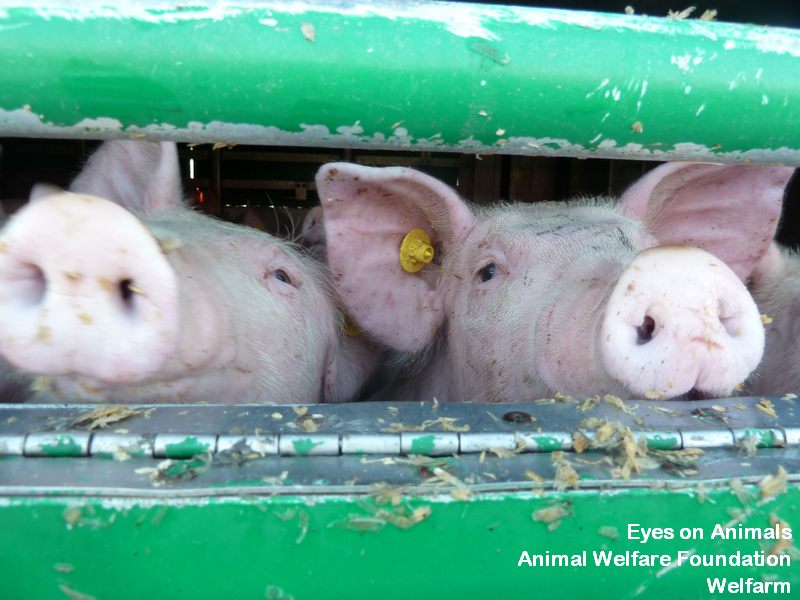 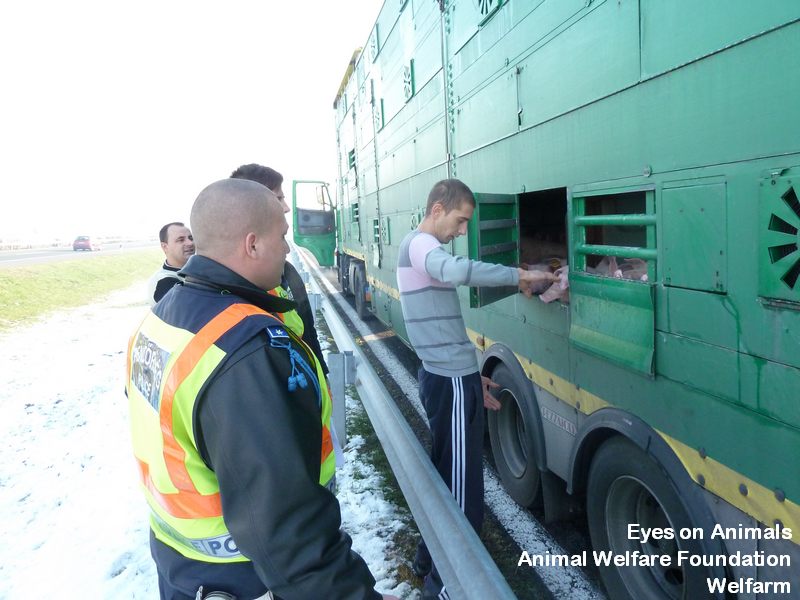