The transport of cattle on double-deck trucks remains a problem with many cattle not having enough space above their backs. We have observed these transport problems at cattle slaughterhouses and public cattle-markets. Today we decided to also check if these problems exist at small, private cattle-collecting stations. We dropped by Pali collecting station. Despite coming unannounced we were warmly greeted and permitted to look inside. They however did not have any adult cattle and deal now almost solely in young calves. We observed 2-4 week old Holstein calves from the Czech republic and Germany inside their centre. There was a thick layer of fresh straw and we did not observe any sick or dead calves. There were many men inside, moving the calves around and giving them milk to drink. We did not observe any rough handling or screaming. The milk containers were built with nipples inside allowing the calves to perform their natural behavior of suckling. As well, they were built with dividers so that each calf could drink without being disturbed by his neighbor. This is a big improvement to what we have seen at calf collecting centers elsewhere in Europe, where calves are often given just electrolyte water in plain buckets. 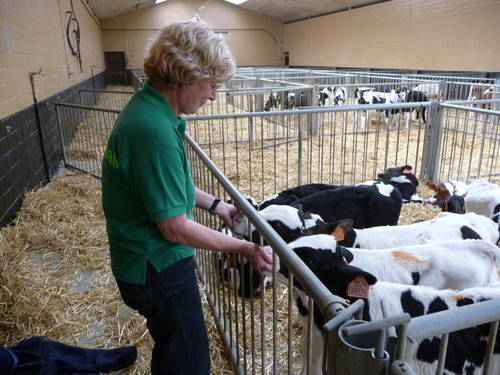 Eyes on Animals remains firm on its belief that unweaned animals should not be transported on long distances (calves are used to drinking milk at least once every 4-hours and cannot do so on board a vehicle, plus they are fragile by nature and at such a young age ought to be with their mother) but must praise this station for at least doing its very best. 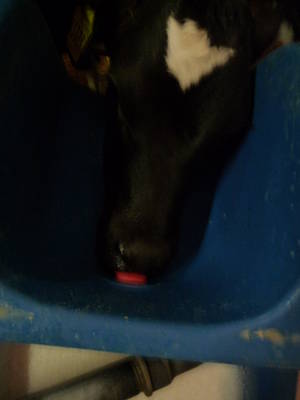 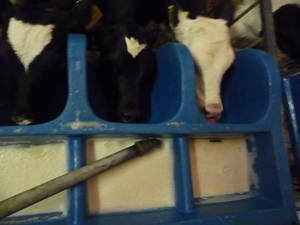