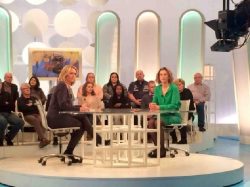 In March, our investigation into the horrors behind the import of horse-meat from North, Central & South America into The Netherlands led to extensive media attention in the Netherlands. Television program Radar broadcasted a full program and two follow-ups on the issue, and numerous newspapers including Trouw picked up the story. We also held many meetings with supermarkets and snack-producers selling imported horsemeat. This led to the following successes:

Our project aimed at reducing some of the horrendous animal-suffering in Turkish slaughterhouses in 2014 saw several significant successes: 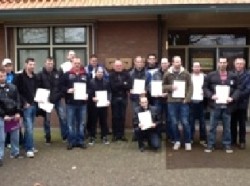 On our initiative, SVO – the organization responsible for training people who work in the food business – now offers a training course for chicken catchers. This training course focuses on how to handle the chickens in such a way as to prevent injuries and extreme stress for the animals.

Animal-friendlier poultry crate in the making

Eyes on Animals asked a plastic company to design a welfare-friendlier poultry crate with side access doors as an alternative for the crates that are currently used. The current crates cause much suffering because wounded or ill animals cannot be accessed to be given any help or relief. In 2014, the plastic company finished a prototype and a large Dutch chicken transporter started testing them. Based on their experience, several adjustments are currently being made. When the crate is ready it can be used commercially and will then reduce suffering in practice. 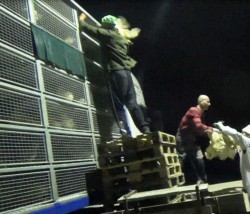 In 2013 the Dutch Ministry of Agriculture announced it would tighten control on poultry transport, particularly over long-distances. This decision was prompted by Eyes on Animals’ reports and advocacy meetings with representatives of the Ministry. In 2014 several official actions were announced: 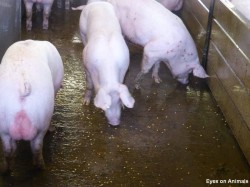 Eyes on Animals frequently inspects slaughterhouses to check whether animal welfare improvements can be made to reduce suffering. In 2014 many slaughterhouses followed our recommendations to:

Shaking up the milk industry 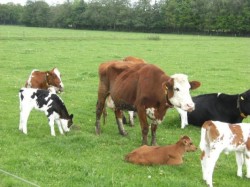 In November 2014 we released ‘Giving Milk a Good Shake – looking at better ways of producing dairy’. This report was based on dozens of inspections we conducted on newborn calves being taken away from the mother cows, “ retired” dairy cows in very poor shape being sold at markets, long-distance transport of the young male calves to factory farms and cow slaughterhouses. The report also covered the rules for special milk labels like Organic, Demeter and Weidemelk, to show that spending a few extra cents can make a difference, but also to show that there is no ideal milk label yet, covering the welfare aspects also of the new-born calves. 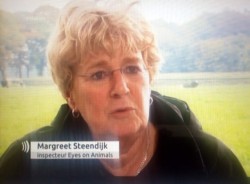 Dutch television program Tros Radar extensively covered the report in one of their shows and aired some “best practice” dairy farms, which prompted a lively discussion on our Facebook page and the Radar web page. Eyes on Animals is now in discussion with a dairy farmer and supermarket chain about getting milk soon on the shelves indicating that both the male and female calves are not separated after birth but kept together in a herd.