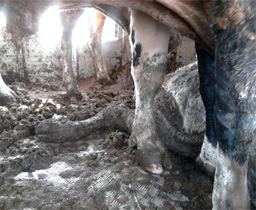 A local freelancer of Eyes on Animals and Animal Welfare Foundation inspected a cattle truck from the Croatian transport company “Krijan” in Kapikule, at the Turkish side of the Bulgarian/Turkish border. On board were Hungarian bulls destined for slaughter in Ankara, another 8-hour drive away. One of the bulls on board was lying down with a broken leg and in a lot of pain. Another one had a bloody nose. Despite being warned of these problems, the driver continued on his journey without taking any action for the animals. The authorities at the border also did not do anything effective to ease the suffering. As well, the bulls were crowded (35 were on board, when the norm should be around 30) and the bedding was very dirty. We will send the photos and a letter of complaint to all the pertinent authorities about this.  The Bulgarian authorities at the border once again allowed a EU-truck in violation to pass through. Shortly we will have a meeting with the European Commission in Brussels and will also bring this horrible incident up then. 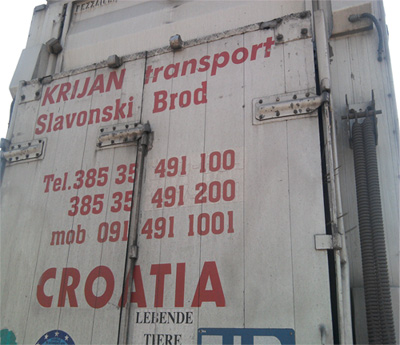 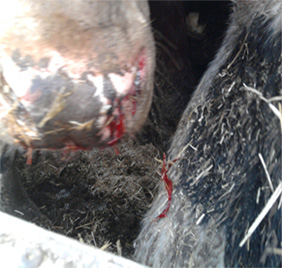