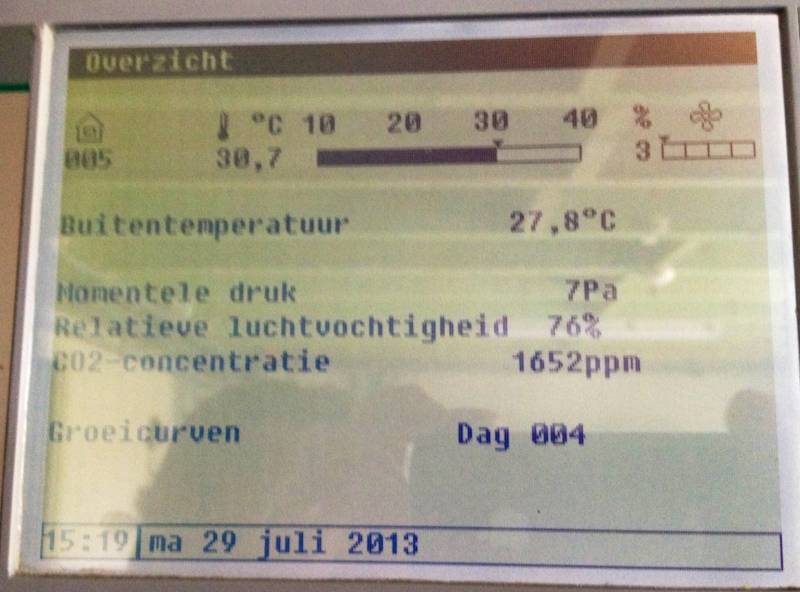 Today Eyes on Animals paid an unannounced visit to broiler company Huna. We were informed about the company and we could have a look in the barns. The company houses 150.000 broilers, who all arrive at the same time. They come from a hatchery in a Dutch area called De Peel. The chicks are transported to the farm on the same day they come out of the egg. Coincidentally, we were there on the day the chicks arrived, so they were still tiny. In five weeks time, the first 30 per cent of the broilers leave, when they weigh around 1,5 kg. These chickens are destined for the ‘chicken on the spit’ consumers. After these broilers leave, there is created more space in the barns for the other broilers, that are slaughtered a week later to become chicken fillet, drumsticks etc. The catching is done by a professional catching team of about ten people, who pick up around 7000 chickens per hour and put them in containers. The number of animals that are picked up at the same time depends on the number of animals per container: e.g. if that’s 30, 6 chickens will be picked up in 5 times. 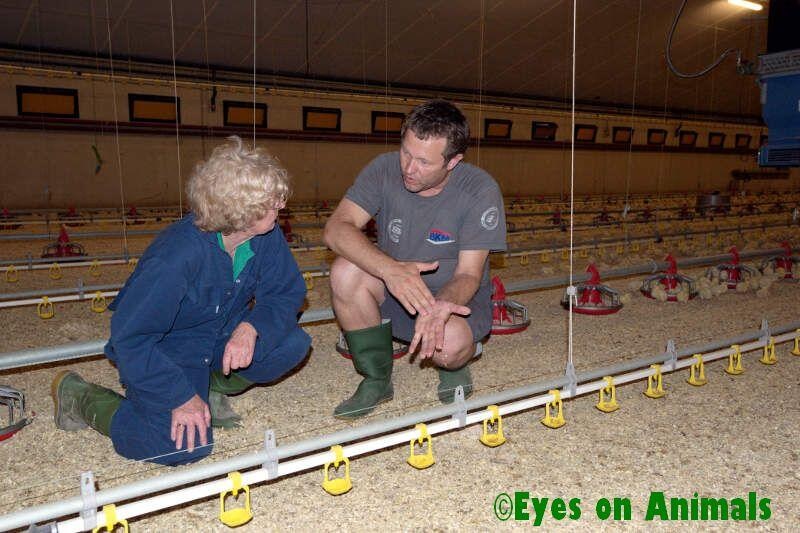 The animals of this farmer go to slaughterhouse Storteboom in Putten (NL). The catching of the animals takes place mainly during the night, but at large companies like these the nights are too short. Some chickens are therefore also caught in the morning. This is a disadvantage, since daylight makes the chickens restless, this makes catching become more difficult and can cause more injuries. Right now there is no other way, due to the current welfare law regarding maximum waiting times at slaughterhouses. Patrick, the chicken farmer, emphasized that broilers do not undergo interventions such as beak trimming. Moreover, the cocks are not killed straight after birth. The sole pad lesion at this company is much lower than the Dutch average. The number of animals that die is 2 per cent here, which is a relatively low score compared to other chicken farms. Temperatures in the barns are regulated centrally (see picture) and fire safety, including a back-up system, is taken care of. In about four weeks we will return, when the chickens are larger and we can have a better view of their development. We thank Patrick and Elvira for their openness and welcoming reception.