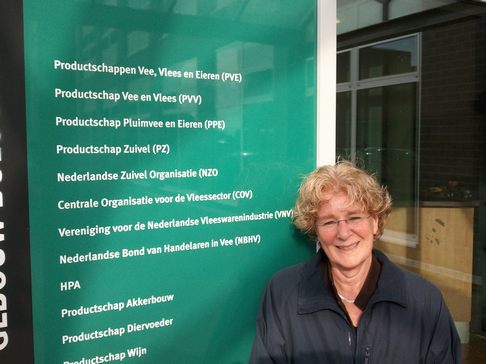 Today Eyes on Animals met with the Dutch Producers of Poultry and Eggs (PPE) to discuss the problems we have been documenting of poultry transports. We have observed (see photos below) chickens with their heads crushed by the doors of the transport containers, wings trapped in the cage doors, broilers stuck on their backs and not able to turn themselves upright, slippery floors, inadequate headspace and ventilation and lack of access to the animals during transport. The PPE agrees that most of what we have observed is not acceptable and promotes stricter enforcement of the EU transport rules, but says that a new design of poultry transport containers is difficult. As well, because the national authorities, the nVWA accept the containers used, they assume they are adequate. We insist that a new design be something the poultry industry, European-wide, should strive towards for the future. We feel strongly that most of the current containers and crates are not fulfilling the EU requirements and it is time that the poultry industry, like what the pig and cattle transport industry had to do 10 years ago, invest money and research into improving transport conditions for the animals they profit from. They were interested in the photos we took of crates we had seen in Hungary, with side access doors and extra ventilation through the middle of the truck which is left empty. We encouraged as well that the PPE communicate the problems we observed in the field with their producers and transporters, and develope plans on how to motivate chicken catchers to do a more careful job- by offering better training, as well as penalizing those causing suffering and giving bonuses to those that do a careful job. We will stay in touch and hope for a positive cooperation to at least achieve small welfare-improvements quickly. 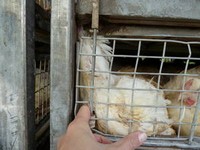