Home » Our inspections » transport » Ethical Reflection about export to Turkey 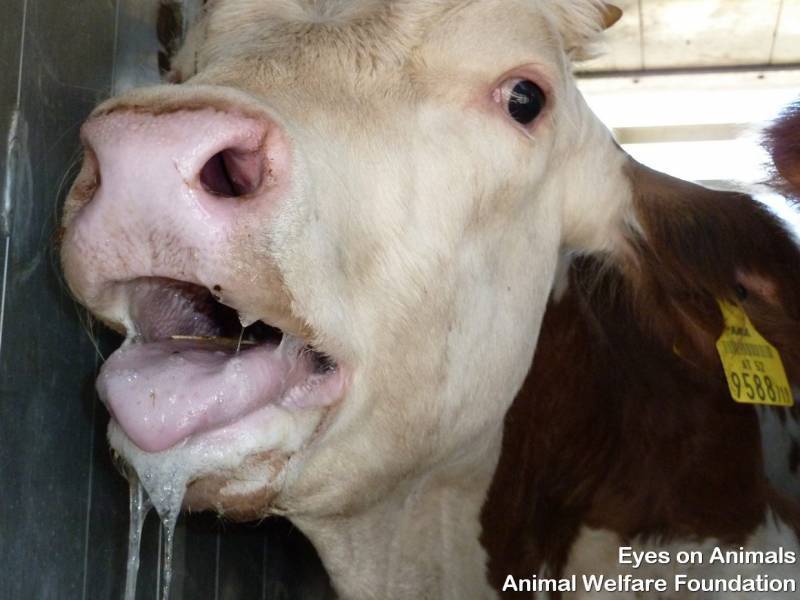 The Dutch Ministry of Economic Affairs has developed a new strategy, called the EXPORT STRATEGY. It is partly set up to offer a possibility to discuss ethical matters before making rash decisions allowing live export from the Netherlands to countries outside of the EU. Today the Ethical Reflection session was held at the Ministry of Economic Affairs in The Hague about whether the Netherlands should allow the export of fattening cattle to Turkey.
Among other guests, a representative of the Eyes on Animals/Animal Welfare Foundation team was asked to participate due to their extensive experience in the field, inspecting EU trucks entering Turkey and trailing them to slaughterhouses and feedlots inside Turkey.
Our team representative put forth arguments against this trade because the infrastructure at the border is still lacking (no stall in No Man’s Land where many animal trucks wait for hours and even days, no shade, limited water sources in the border but also along the Turkish highways, extreme temperatures in the summer (as this fattening calf in the photo has difficulty with), veterinarians not open for processing livestock consignments at night etc…), enforcement is weak and cheating/corruption still high on this route, the risk for transmitting diseases increases the more countries one transits and because the slaughterhouses in Turkey (where these animals will finally end up) do not conform to OIE guidelines, despite Turkey being a member.
Just in December 2012 a truck with Latvian bulls was stuck in the border with incorrect papers for 6.5 days. During this time it was only the NGO team that did everything possible to care for the animals cooped up inside the truck. With problems being this recent, and this severe, we question the interest the Dutch exporters have in wanting to put their animals through these risks and we question their lack of getting involved to help us improve the situation at the border since 2010.
International borders are always complex, bureaucracy is high, infrastructure is lacking – despite the profit they want to make, we say the on-going animal-welfare problems make it not morally justifiable. Animals are not things, there is a limit to how far and under what conditions they can be traded. The authorities responsible for granting export certificates will be notified of the results of this Ethical Reflection meeting. A final decision whether or not the Netherlands will allow this export to start, given the circumstances, will likely be taken in the upcoming weeks. We would like to thank the organizers and the other guests for the stimulating and open discussion today. We are very impressed with the Netherlands’ decision to at least talk about ethics before approving export.