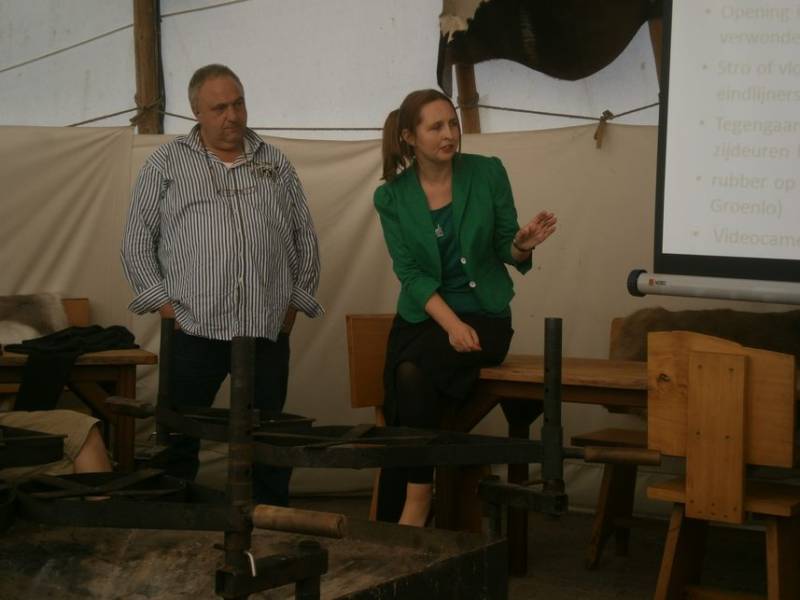 Eyes on Animals together with Herman Klompjan from Animal Welfare Consultancy were invited to give a talk to a team of veterinarian inspectors from the NVWA in the south of Holland, during their team-building day. We talked about the work that Eyes on Animals does and how by working together with the industry we have achieved numerous significant improvements to the welfare of farm animals. We stressed the need for the NVWA inspectors to conduct stricter and more frequent inspections of chicken-catching companies during the loading of poultry and to enforce lower loading densities of pigs during transport in hot summer temperatures. The condition of “suspect” pigs being accepted at Dutch slaughterhouses was also discussed in our talk. In the Netherlands suspect pigs (pigs that are injured or sick but still considered “fit enough” to be legally transported to slaughter) are kept separate, often in barren pens, at the slaughterhouse and have to wait until the end of the day when they are killed so as not to contaminate the slaughterline. This is according to NVWA rules. In Germany however suspect pigs are not made to wait all day, but are slaughtered immediately. We ended our talk by showing positive examples of cooperation with the NVWA that have resulted in better enforcement of animal welfare legislation and positive steps several Dutch slaughterhouses and markets have taken to improve welfare. “I think that we, as an inspection team, will discuss the information you provided us with during our next internal meeting and will be more alert to the concerns you pointed out”, was a reaction that we received from the NVWA after we gave our presentation. We would like to thank Herman Klompjan, as well as the NVWA for the invitation to give this talk and their interest in our work.