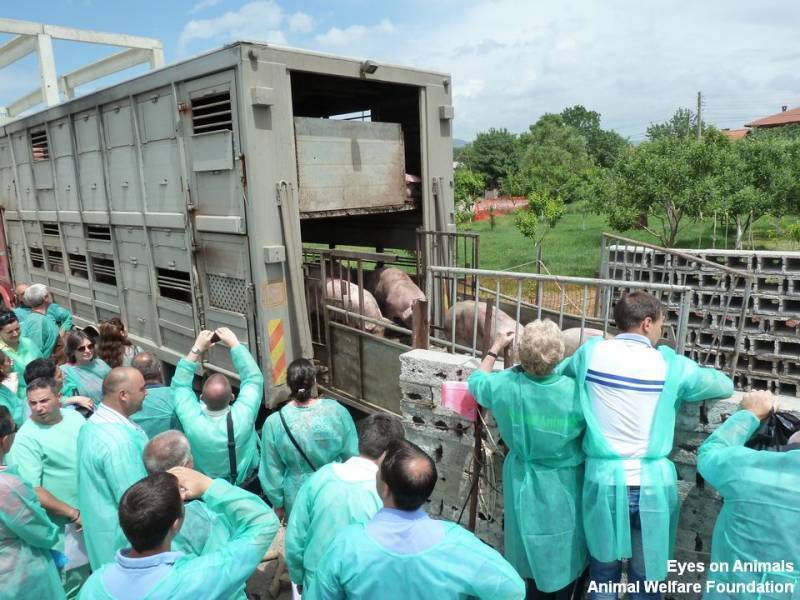 Today was the second day of the training-program in Bulgaria and involved the practical part. The group of 100 participants was divided into 2, each one taken by bus to a different control point. A livestock truck at an assembly center was inspected, to see if it aequately fulfilled the requirements for long- distance transport. The participants tested the ventilation system, checked if the water system was working and appropriate for the species to be transport, made sure there were dividers and access doors, as well as a working navigation system and temperature monitor. 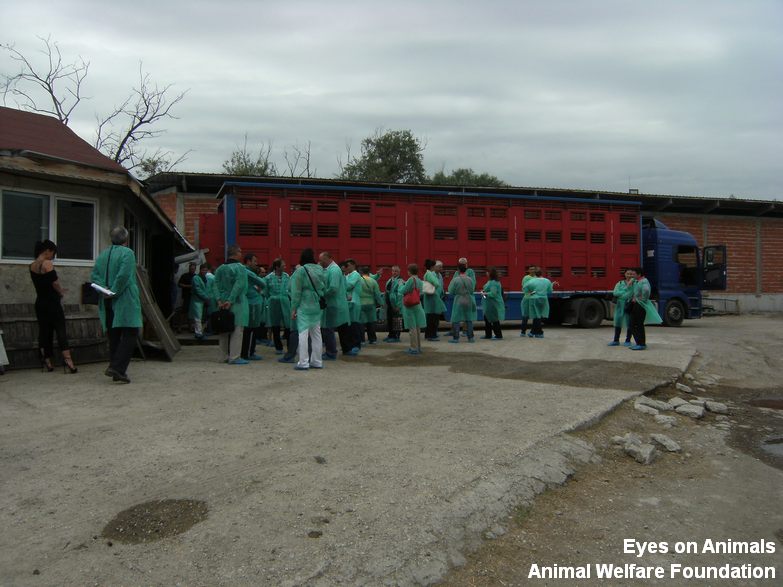 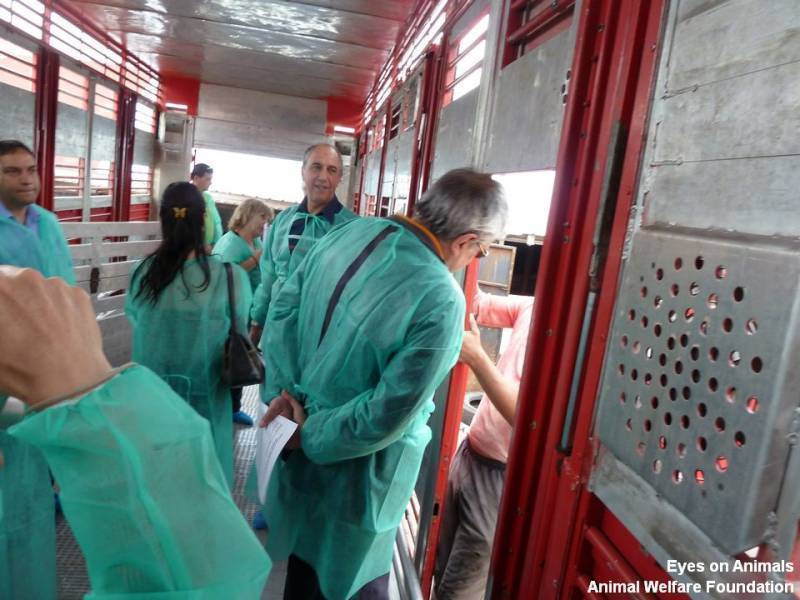 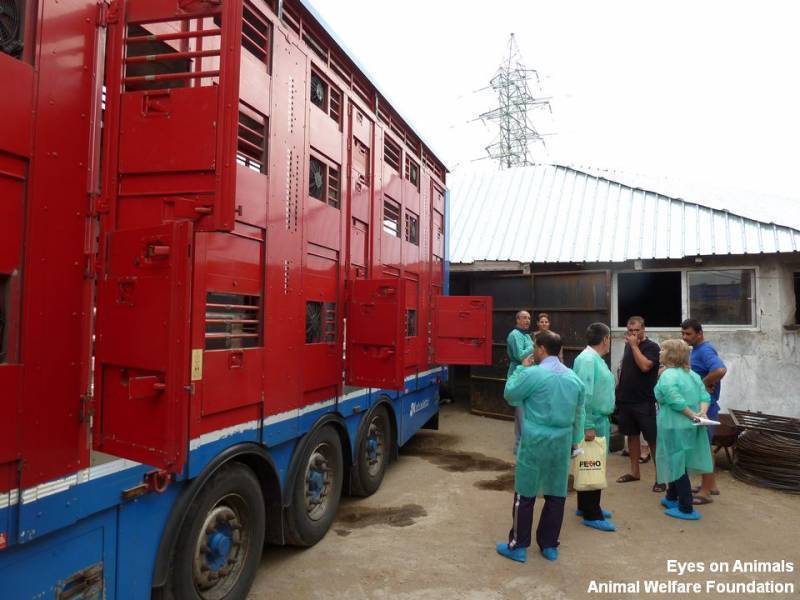 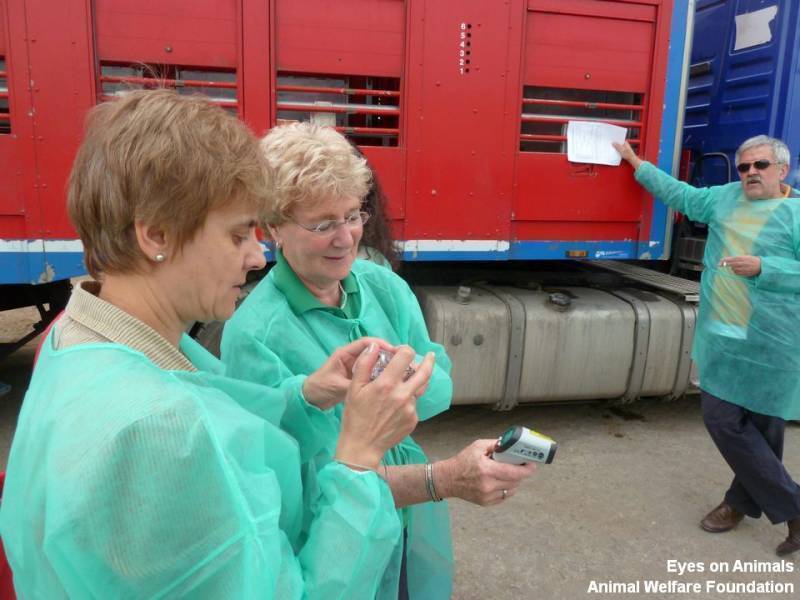 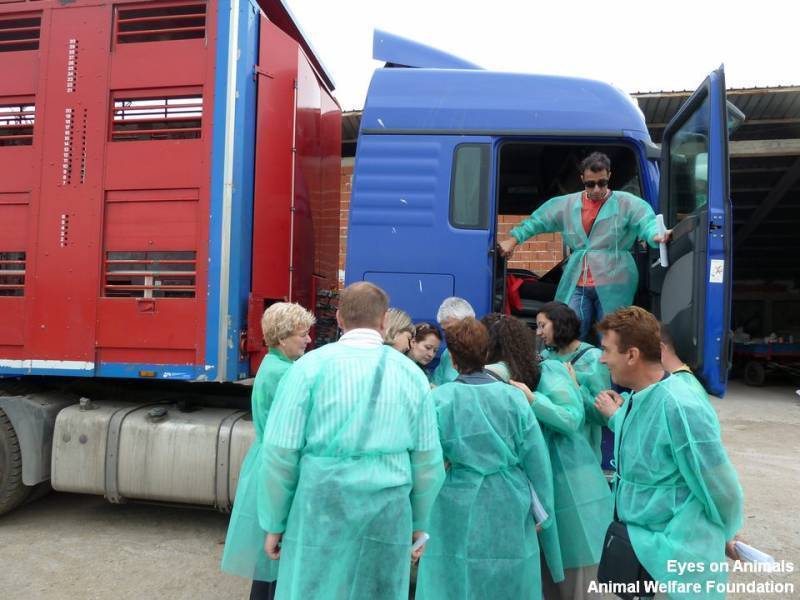 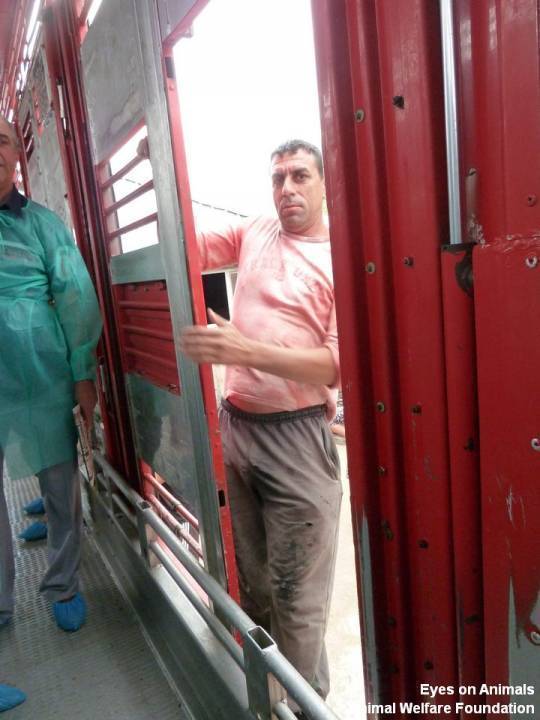 After a national truck transporting pigs to a slaughterhouse near Sofia was inspected. It was hot outside (approximately 28 degrees). Fortunately the loading density was under the EU maximum density allowing the pigs to lie flat down on the floor to conduct as much heat as possible away from their bodies. The divider on the upper floor was not fixed properly and the unloading ramp has a big step in it, causing some pigs to balk and one refusing to step down. All the pigs were fit, but we explained that should they ever see an unfit one in the future, he is she must be humanely killed there where he or she lies, and never dragged out of the truck still conscious. We also explained that during hot temperatues, more of the slats on the upper floor should be opened. 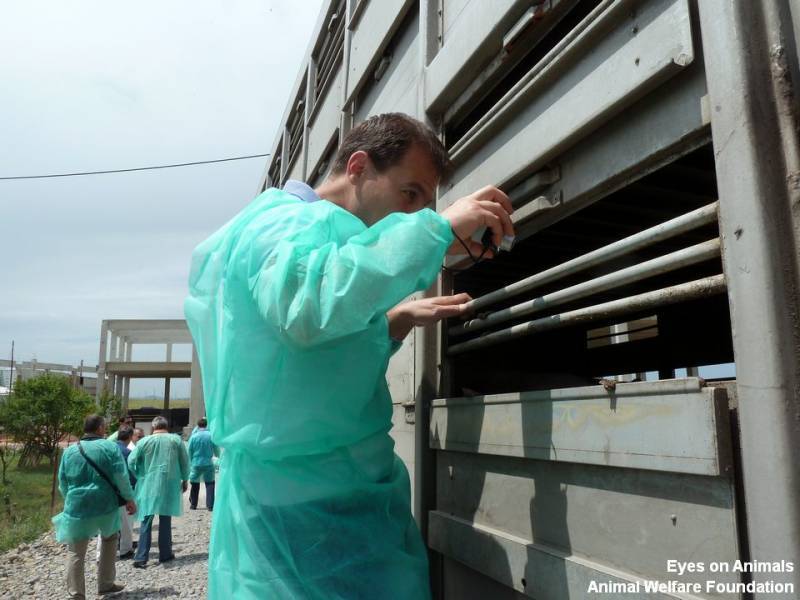 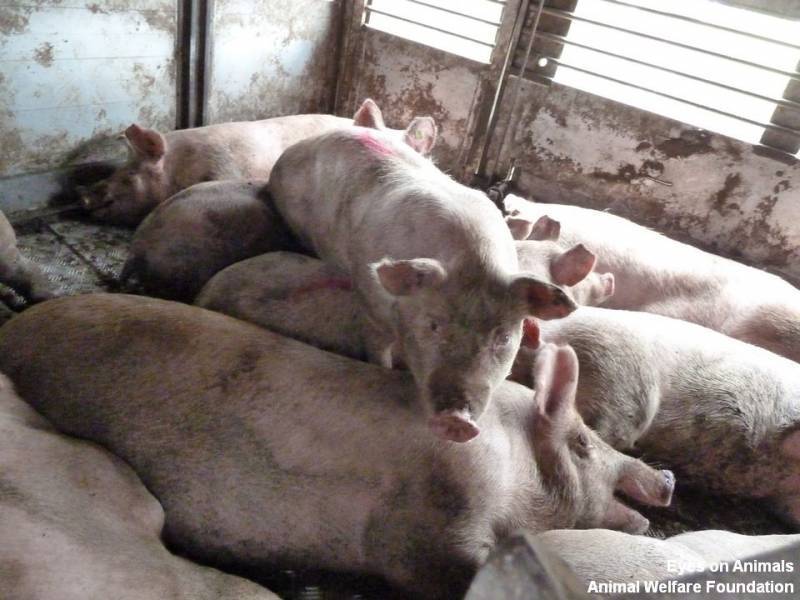 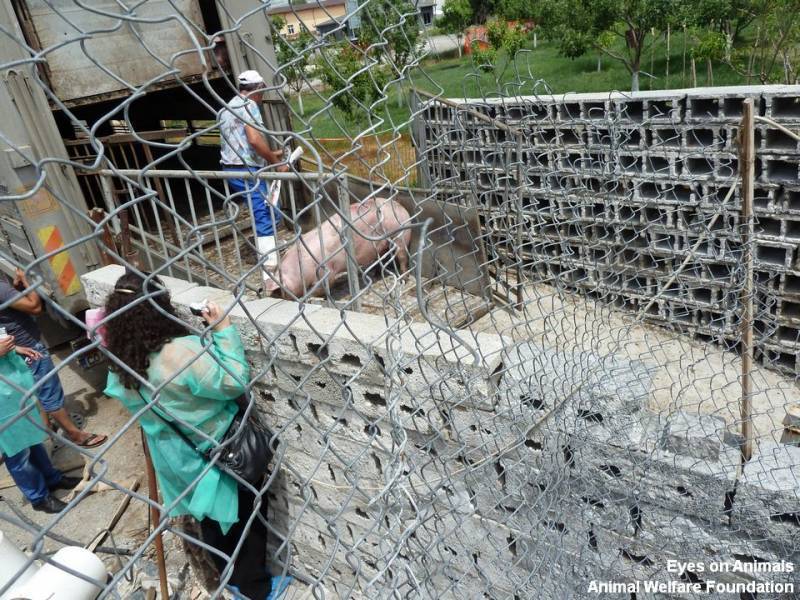 At the end of the day, colleagues from the Bulgarian Ministry prepared certificates for us to hand out to each participant. We hope that having this practical experience and getting close-up to the different technical parts of the livestock trucks, the participants will feel confident during their future inspections. 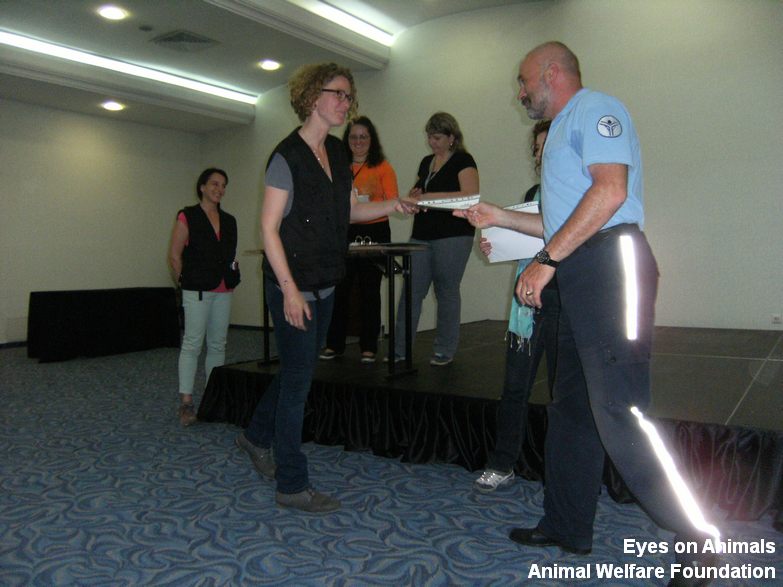