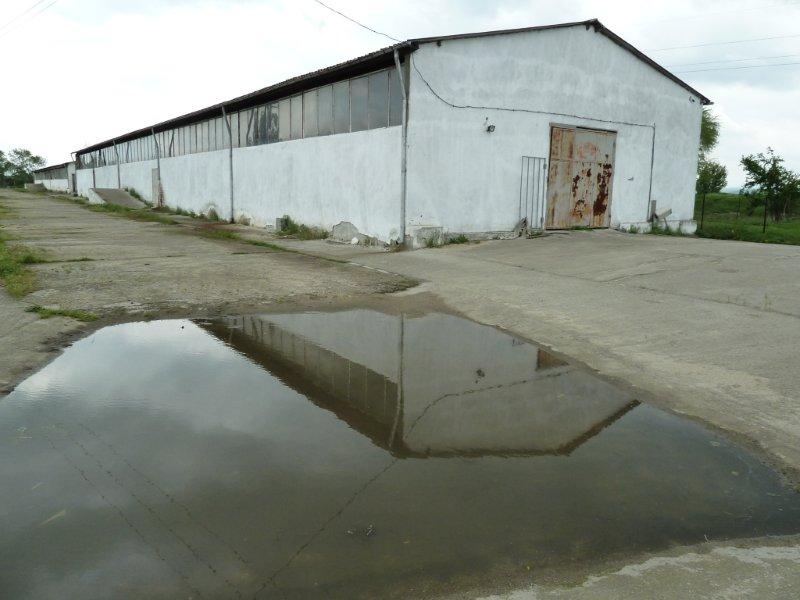 Our team visited Svilengard control post, where many EU exporters and transporters claimed to have rested their EU animals in the past before crossing over into Turkey. In truth, this was not the case. During our earlier inspections at this border, EonA and AWF continued to see animals and trucks in filthy condition, it was clear the animals had regularly been left on board for far too long and their papers lied about having unloaded them in Svilengrad. EonA and AWF proved that this control post was not even open and had it removed from the EU list. We were told that a few months ago it had been modified and is now open. It is even now back on the EU list.  We wanted to see if any animals were resting there this afternoon. At the control post the guard welcomed us. Shortly after our arrival the chief border veterinarian inspector at Kapitan Andreevo, Dr. Mihailov arrived and walked us through the stables of the control post. We saw two stables. One according to Dr. Mihailov is registered for resting smaller animals such as calves, lambs and sheep and the other stable is registered for the resting of bigger animals such as adult bovines and horses. According to our observation the enclosures are not entirely suitable for those animal species as the gaps in the fencing of the enclosures present the risk of animals escaping and / or the possibility of the animals injuring themselves by getting their limbs caught in the rather large gaps and thus hurting themselves. The feeding troughs are not suitable for all the listed animal species. Some of the feeding troughs are rusty. Many enclosures have just one trough that consequently is used for food and water. The stables are fully covered with metal roofing with inbuilt windows so the micro climate in the summer is likely difficult to manage. The unloading ramps do not have any lateral protection. There is no food stored at the control post. According to Dr. Mihailov the control post orders the food from the nearby farms in the case it is needed.

Eyes on Animals has filed an enforcement request with the minister of farming, nature, and food … END_OF_DOCUMENT_TOKEN_TO_BE_REPLACED