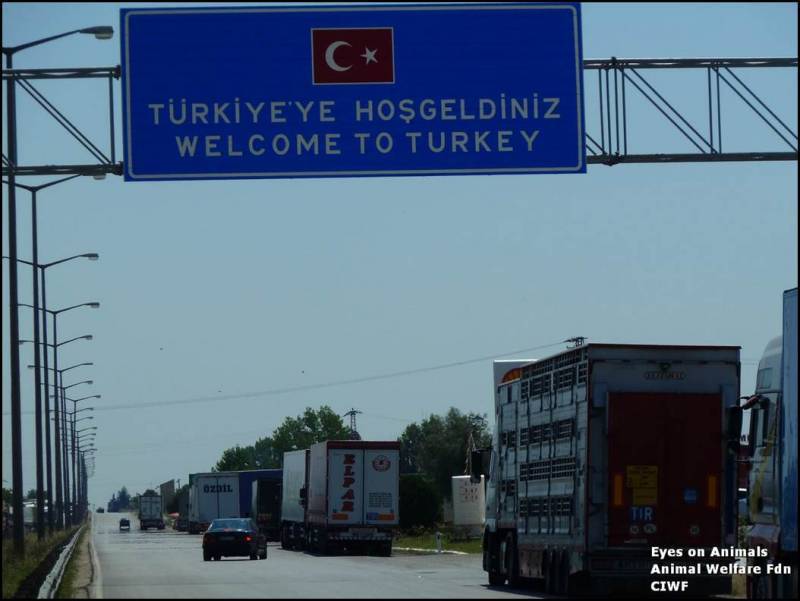 The Dutch Ministry of Economic Affairs has developed a new strategy, called the EXPORT STRATEGY. It is set up to offer a possibility to discuss ethical matters before making rash decisions allowing live export. It is only applicable when the export consists of animals being sent outside of the EU. If there is any doubt regarding the ethics of exporting animals to a country outside of the EU, export certificates are not handed out but instead an “ethical reflection” period is first organized. Stakeholders involved are contacted and asked for their opinion and experience. The Dutch Ministry of Economic Affairs has doubts regarding the welfare of animals on the export route to Turkey and thus asked to meet with Eyes on Animals to hear our thoughts. At the moment there is a demand from within the Dutch exporters and traders to start sending fattening cattle to Turkey. EonA presented all of our findings over the past 2 years during our investigations at the border and trailing of trucks on this route together with Animal Welfare Foundation. We made it clear that the level of infrastructure at the border and Inland Custom areas is not sufficient given the sheer volume of animals coming through, the waiting times are still very long, the temperature differences in the summer are too extreme between the two countries and the animals do not have time to acclimatize, sick and injured animals are left to suffer on board instead of being euthanized, and many of the EU exporters continue to cheat on the paper work and payments much too often, plus some continue to skip control posts and drivers go over their driving hours. We feel that until these things drastically improve, no export certificates should be handed out by the Dutch Ministry.

This film is being shown on BBC 2 this Sunday at 2230 By documentary maker Andrea Arnold. The story of Luna over a period of 5 years at a farm in Kent.