The EonA/AWF team is back in Turkey to try to get welfare-improvements at the slaughterhouses there.

Today Asalet and Lesley were invited to come to the office of Gimdes (a Halal Certification Labelling organization) to speak with their Imam and two of their certifiers. We showed them all of our footage of Turkish slaughterhouses that we openly inspected in June, as well as footage that teams from Compassion in World Farming and Animals Australia had taken when they were in Turkey a couple years earlier. 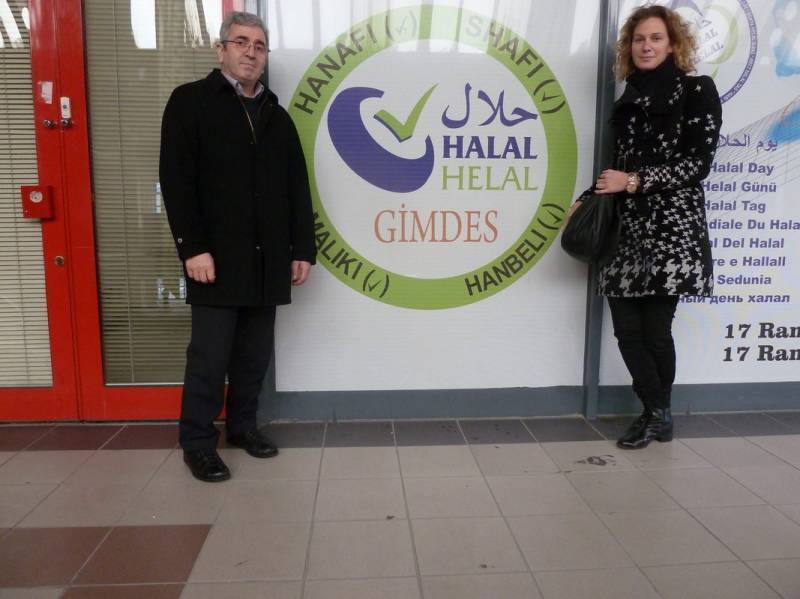 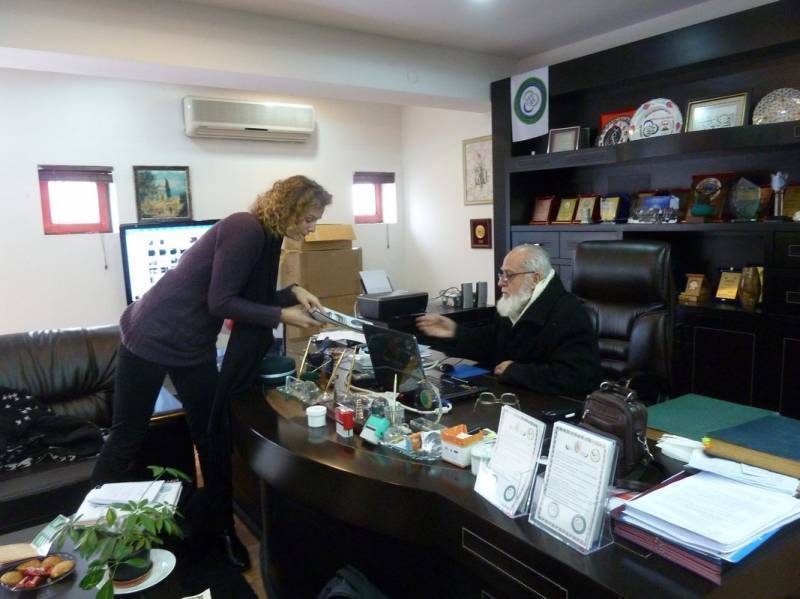 The purpose of our visit was to show that many Halal slaughter rules are not being respected at all, and we felt they had a right to know about this. They admitted that Turkish people assume that all meat is Halal because it is a Muslim country, but indeed many slaughter practices are not Halal and thus the meat does not deserve their Gimdes Halal certificate.

The slaughterhouses they certify have to meet hygiene, religious and welfare criteria. They also must have CCTV so that Gimdes can observe what is going on inside the slaughterhouse at any time they like. The slaughterhouse must aso have a Halal Supervisor that participates in a 5 day Gimdes training, to make sure the Halal rules are respected and practiced inside the plant.

The meeting was productive and we found lots of common ground. They were also shocked by the way injured animals were treated (downer cow electric prodded repeatedly, downer sheep dragged and still hoisted while conscious) as well as the employee at Yilkay slaughterhouse in Bursa that could be seen repeatedly poking the eyeballs of bulls with his fingers before slaughtering them. The Muslim faith is one that advocates respect and gentle handling of animals.

They made it clear that they will not accept any form of stunning animals before slaughter (except for chickens) as they feel the risk is still too high that the animal will die from the stunning process, rendering their meat no longer Halal. As well, they have read scientific studies claiming that stunning can cause more pain. We agreed to disagree on this, and found common ground that at least all suffering occurring before the actual slaughter process, whether it be without or with stunning, must be phased out. 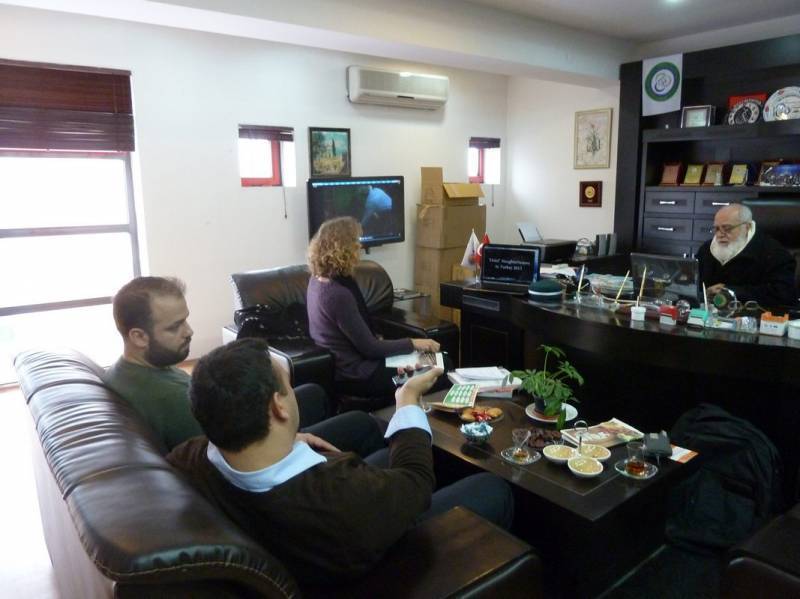 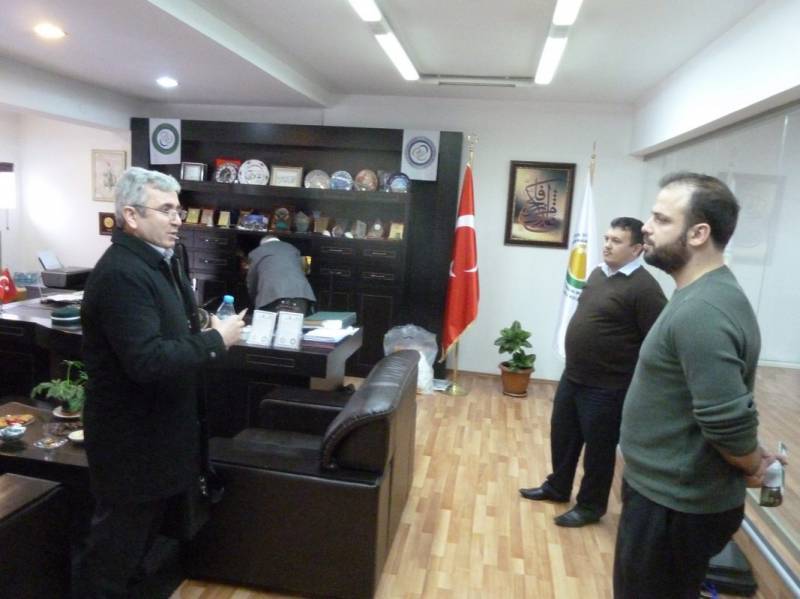 We expressed our concern about the fact that most cattle and sheep are still being hoisted by one leg with metal chains while alive- leading to all kinds of stress and pain. They said that 30% of the slaughterhouses they approved are now using the rotating restraint box instead of hoisting them alive and this is the direction they are pushing for. However, one has to be realistic – they cannot phase out live hoisting right away. It is better to get the plants on board the Gimdes Halal scheme and then slowly get them to adapt to better systems.

We agreed to regularly send them our reports and stay in contact. None of the slaughterhouses we visited in Turkey had the Gimdes Halal certification label. We would like to thank Gimdes for their time and the diplomatic and open discussion.