Agrarcoop is one of the largest cattle transport companies in Hungary and they also own a cattle fattening and export station. Unfortunately many of their cattle trucks we checked on at the Bulgarian/Turkey border have had problems- drivers not giving the animals sufficient water or feed, filthy and insufficient bedding, and two of their trucks had poorly designed dividers and inadequate water systems.
As well, during a visit to their fattening farm last March we were shocked to observe young calves still being housed in individual wooden crates, banned since 2006 in the EU.

The inspection team from EonA, AWF and Welfarm had sent official complaints in to the authorities about all of these observations, but also directly to Agrarcoop in the hope that the company would want to take measures on their own to be within the legal norms.

Today our team of inspectors from EonA and AWF met with the assistant to the boss. We were pleasantly surprised to hear her say that they had taken the following measures since receiving our complaints and being inspected by the authorities based on our reports: 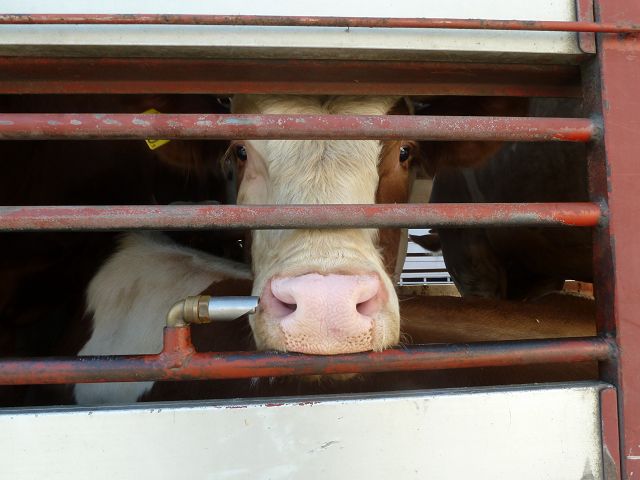 2.  The driver caught by AWF in 2010 attaching a hose to the side of the truck and leaving it on, as a way of watering the cattle on board (!) had been asked to leave the company.

Other truck-drivers we reported on acting irresponsibly towards the well—being of the animals have received warnings. Several since have left. 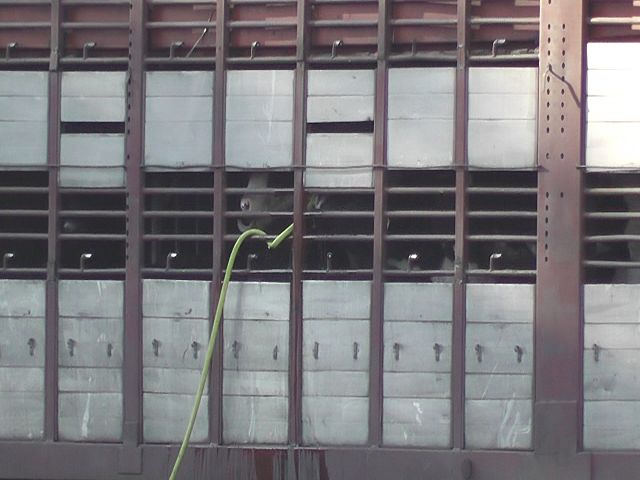 3.   The barn with the individual wooden crates for calves is being gradually phased out.

New calf pens that fulfill the EU norms (where the calves can see, smell and touch eachother) are replacing the old ones. 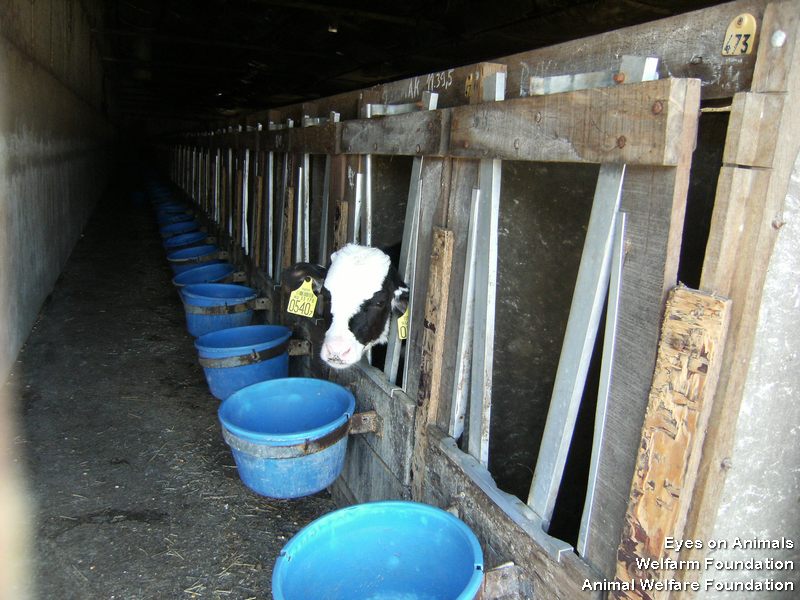 We are happy to hear that these steps have been taken, nevertheless because the problems were serious and many animals suffered greatly, we highly suggested Agrarcoop to invest into trainings of their workers in the EU law and animal-welfare. We have offered to train their truck drivers and will wait to hear if they will take on this important opportunity to further clean up their reputation. We strongly believe that when the boss shows that welfare is important, and worth investing into, the employees also take it more seriously.