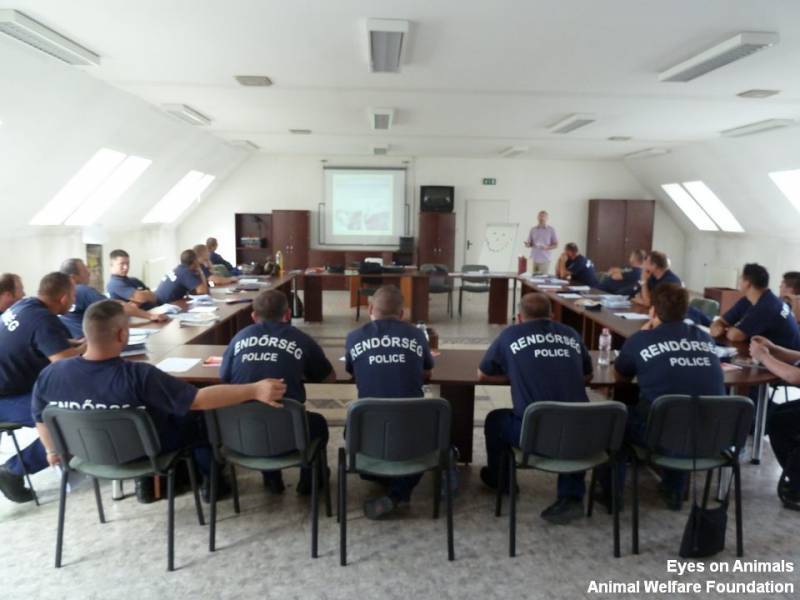 Today Eyes on Animals and Animal Welfare Foundation gave a training to Hungarian police officers in Nagylak, at the Romanian border. Police officers came from various brigades located nearby.
The EU animal-welfare-during-transport legislation was taught in the classroom. We also covered the Hungarian sanction systems and what actions they can take to solve real-life problems, such as unloading animals at a control post if the animals are overcrowded or ordering a second truck. At the end of the theory, each police officer was given a photo of a real livestock truck that our teams had inspected in the past, and had to explain whether they saw something positive or negative in the photo. If the photo illustrated a violation (not enough headspace, unfit animal, unsuitable water system for specie-type…) they then had to state what fine would be given out and what action would be taken to prevent suffering.  Unfortunately during the practical session, when livestock trucks passing by would be stopped and checked together, no livestock trucks past. We are staying in contact with them to coordinate a future road control together, in the meantime they now have the knowledge to check on the animals on their own. 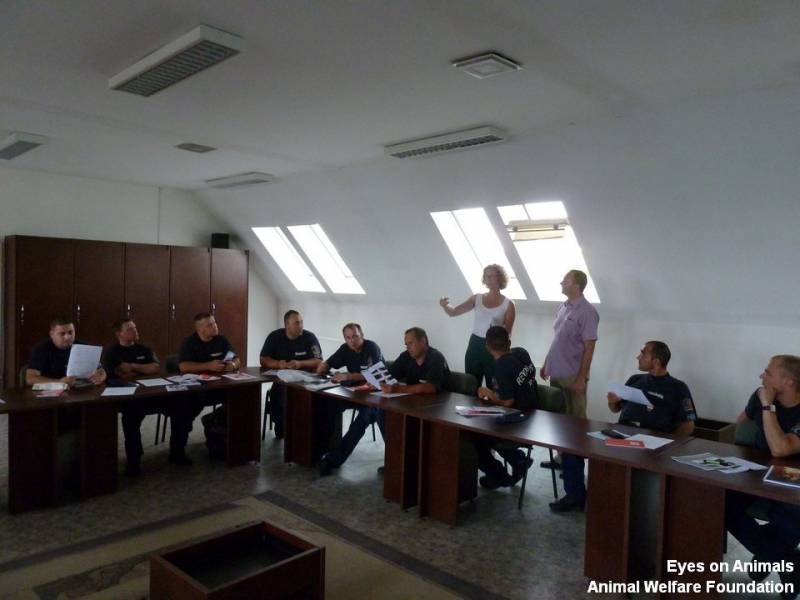 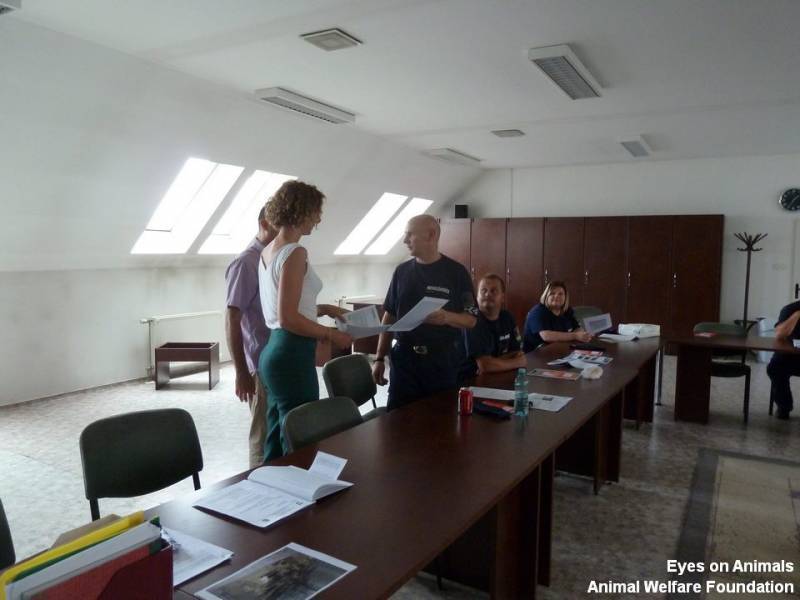 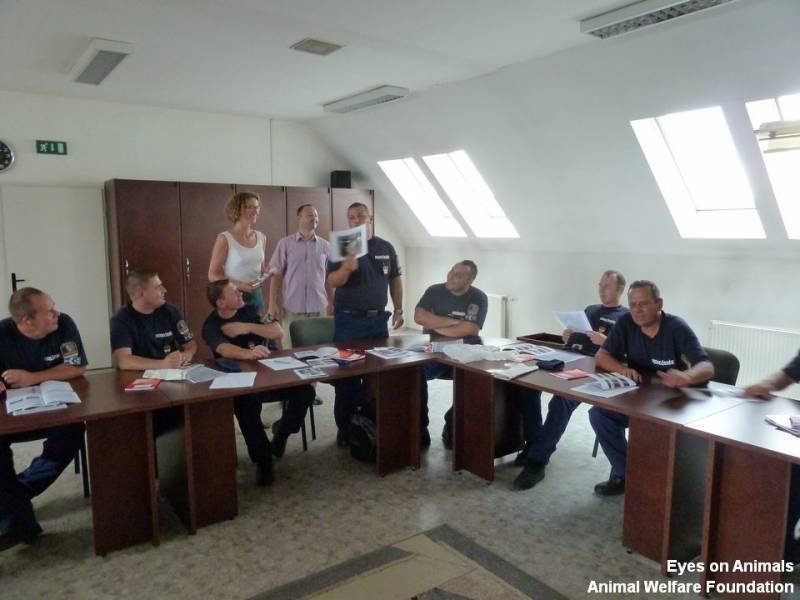