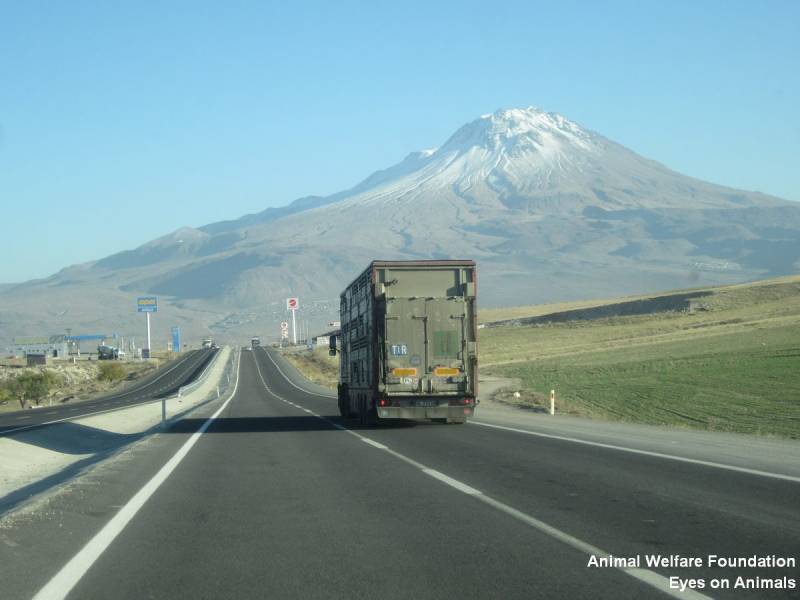 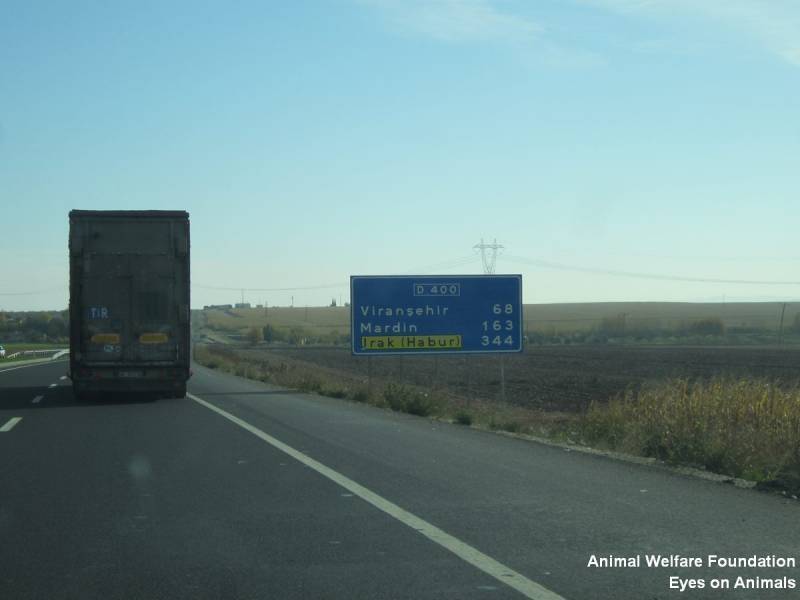 The AWF/EonA team has remained behind the ANIMEX truck with the Latvian bulls since it left the Turkish/Bulgarian border on the night of December 1st. This morning the bulls and team pass a sign indicating 344km to the Irak border! But approximately 100km before the border the importer of the animals tells our team that he will escort the truck through the Kurdish region, which is supposed to be very dangerous due to difficult roads through the mountains and terrorists. He tells our team to better turn around now and they do, because they do not feel safe enough to continue. Our team checks the animals again and then starts the long way back. According to one of the drivers, the bulls arrived in Erbil (Iraq) in the evening. We are told that all bulls arrived alive but do not have any proof. We also do not know when these poor bulls, in transit since the 20th of November, will be slaughtered or have already been and under what conditions. Shame to ANIMEX and Sia Genetic LV (the organizer of this export) for planning such a chaotic journey and causing so much suffering and delays for these animals.