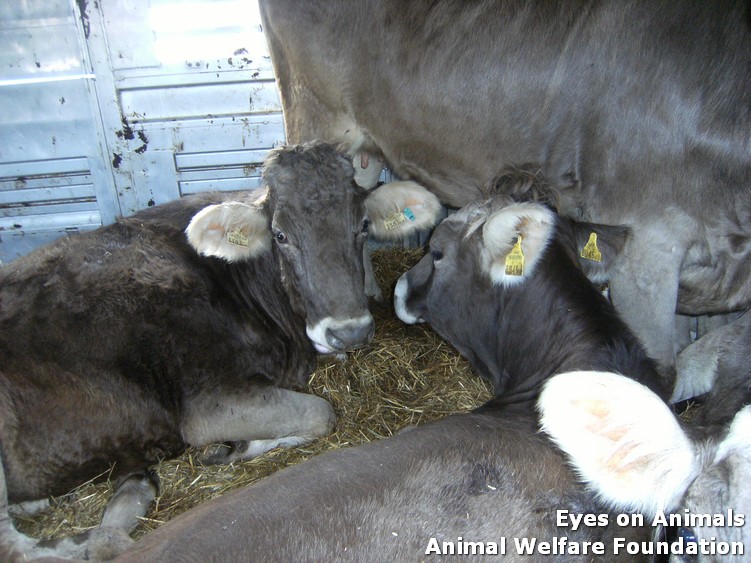 Today a team from Eyes on Animals and Animal Welfare Foundation conducted inspections at the EU/Asia border (Bulgaria/Turkey). First the team visited 3 privately-run stalls, now found on the Turkish side of the border, where animals arriving from the EU can be unloaded. In January 2013 Turkey will take over the EU transport legislation, meaning the animals should be rested and fed for 24 hrs once the EU maximum transport times have been reached even wtihin Turkey. Two of the stalls are not yet completely finished, but are already open to accept animals. The other stall, at Petline, which opened already last winter, has undergone some renovations and expansion since our team was last there. It is looking more professional.
Five livestock trucks from the Dutch/German company Keus en Mollink arrived this morning. On board were pregnant heifers from Austria. Conditions on board all trucks were good- lots of clean bedding on the floor, adequate headspace and loading density acceptable. There was water and hay available on board and the heifers had been unloaded for 24-hours rest at a stall in Romania during their journey to Turkey. Keus en Mollink is to be commended for respecting the legislation and caring for the animals correctly during this long journey. Of course, pregnant Austrian heifers are of high economic value, and thus they are often transported in much better condition than animals of lower value, like cattle destined for slaughter. We will continue to work hard so that slaughter cattle be also transported in such a good way as they do not suffer any less. 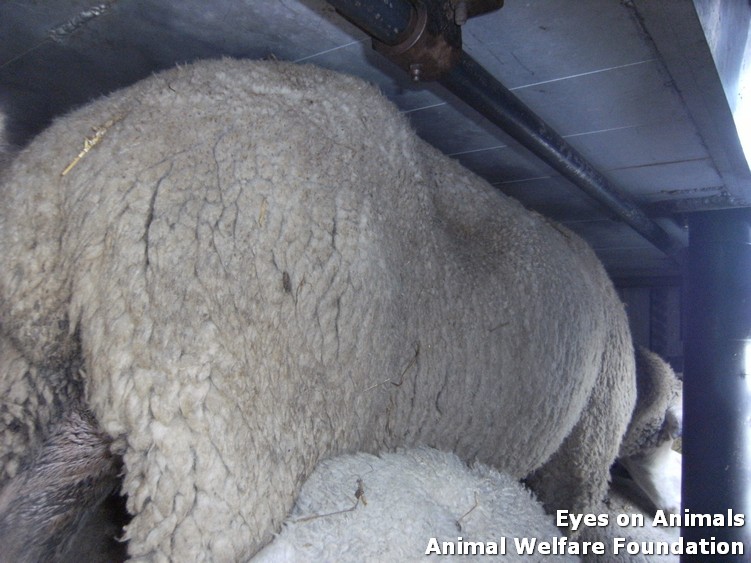 Much more of concern today was a Hungarian truck from the company Torgyik Tran, transporting pregnant sheep from Budapest to Balikesir in Turkey. After a long journey from Hungary to the border, this truck had been stuck at the border since 2 days (since Wednesday night) with the animals left on board the entire time. The conditions for the animals were not good- they were overcrowded and the ammonia stink was very high. The driver did not have the ventilation system on, and the water system on board was more suitable for cattle than for sheep. It was also dry. In one compartment the animals did not have enough headspace, some had their backs touching the ceiling. A few sheep were also very skinny. The reason for their long wait at the border is that the transport papers were not complete. Later in the day the sheep were finally unloaded, but just for 4 hours to be weighed and have their ear tags checked. After they were reloaded and sent to their final destination, another 671km away.   Four sheep stayed behind in the stall, because their ear tags did not match the paper work. We will send a complaint in to the EU, Hungarian and Bulgarian border authorities about this consignment.