Eyes on Animals was hired by the large Dutch/German animal transport company “Keus en Mollink” to give a training to some of its chauffeurs. A couple chauffeurs from two other Dutch companies also came. The aim of the workshop was to improve animal welfare and assist the drivers in better understanding the seriousness of their legal duties during transport. We also discussed animal behaviour and how knowledge of this helps in reducing stress for the animals during loading and unloading.We distributed to each driver an Eyes on Animals training brochure, with their legal duties clearly written inside as well as animal behaviour tips. 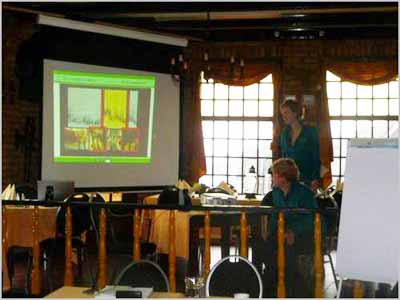 Keus en Mollink had received many complaints from foreign and national veterinarian inspectors and NGO’s in 2008 and 2009. The boss of Keus en Mollink however is ready to turn over a new leaf and wants to clean up the reputation of his company.

During the workshop frustration was expressed over the fact that veterinarians involved in filling in the paperwork are not punished equally for mistakes committed, and that the law is not always in the interest of the animals.

Eyes on Animals commends Keus en Mollink for participating in our welfare-workshop and for taking a step in the right direction. We very much hope that the drivers will respect their boss’s wish and follow the EU rules properly during their journeys and check that the animals are in good condition and well-provided for during transport.

At the end of the course two participants from the other transport companies placed an order for our chauffeur-training brochures, and one has asked that we come and also provide such a welfare workshop to his colleagues. 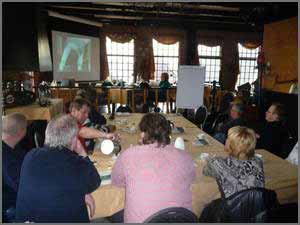