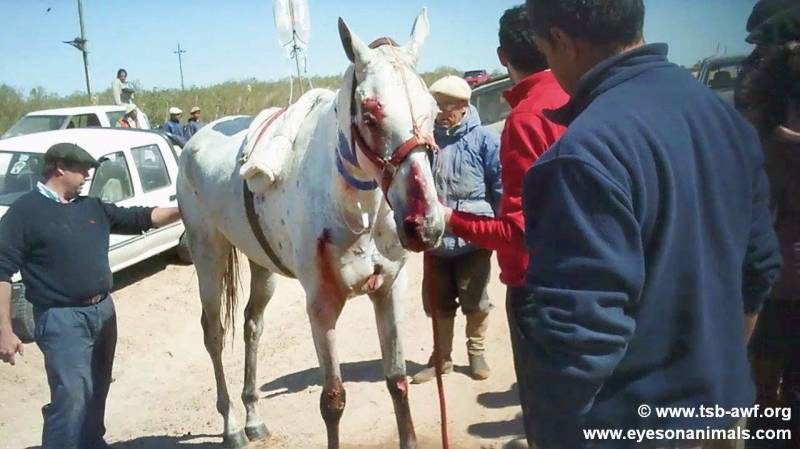 Back in 2014, Eyes on Animals together with Tierschutzbund Zürich informed the Dutch public via Tros Radar and the Dutch food industry via an intensive investigation report and film showing the horrible welfare conditions they discovered in North, Central and South America for horses being sold, transported and slaughtered for meat exported to The Netherlands. The good news is that most Dutch supermarkets, after meeting with Eyes on Animals in 2014, decided to stop selling fresh horse meat imported (horse steak, horse-meat deli slices, smoked horse meat) from South and North America. The European Union even banned the import of all horse meat from Mexico, thus horse meat from Mexican slaughterhouses was also put to an end. Certain brands, such as Mora, even removed horse meat from their meat-snack recipes.

However, in February 2017 Eyes on Animals conducted another thorough investigation and found meat-snacks containing horse meat from South America still being sold in a couple supermarkets but worse was we found it in most wholesale retailers and many snackbars in The Netherlands. As recently as December 2016 animal-welfare investigators were again in South America and sadly filmed again extremely disturbing scenes of horses in a completely neglected condition, some even with broken legs or dead, arriving at collecting stations and slaughterhouses that continue to provide meat to the Netherlands. 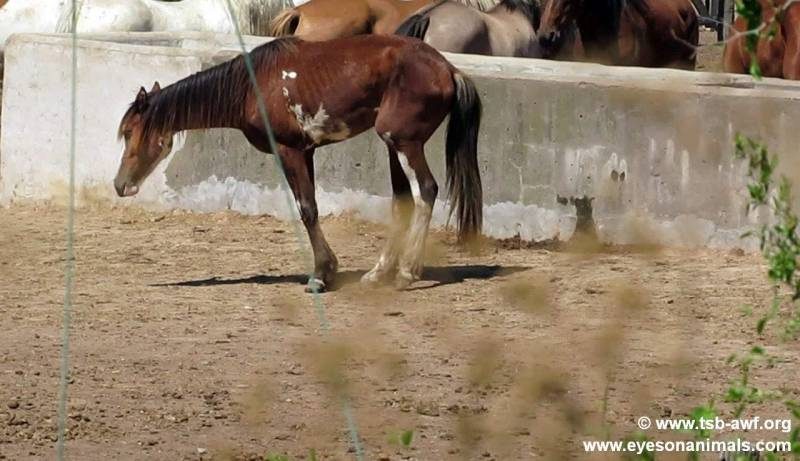 Horses in South America often have very difficult lives. Many are used for work, polo, horse races, cruel rodeos and the brutal long distance traditional races of 120km until they are no longer strong enough or good enough to continue ” their job”. Only then do they get sold and transported for slaughter. It is no wonder that investigators found many that were crippled, sick or even dead on board the trucks. In Argentina, the situation is aggravated by the fact that horses are systematically stolen and sent to slaughter. Phenobutezone continues to be easily bought over the counter, despite it being strictly forbidden to use in horses destined for human consumption. The transport legislation for horses continues to lag far behind that of Europe. And traceability remains a serious problem.

Please find below a list of supermarket chains, wholesale stores and snackbars that were visited. It is important to always check the ingredients on the box.  When this is not possible, for example when you order something at the snackbar – it is crucial that you ask from which company they buy their snacks and to see their box. If they are not willing to work with you, or if you receive a dishonest reply that conditions are of high standards similar to the EU, then do not buy it. To be 100% safe, avoid meat snacks as many still contain imported horse meat.