Lesley from Eyes on Animals was contracted out by the organization “PMAF” and “Animals´ Angels” to assist in the trainings of the French gendarmes on the EU animal-welfare legislation protecting animals during transport. The trainings took place at the National Gendarmerie School in Fontainebleau, France and at the gendarmerie in Perpignan. The practical component of the latter took place at the French/Spanish border where we stopped several German livestock lorries that had transported Danish breeding sows down to Spain. Fortunately these trucks were very modern and all equipment was in very good working order. 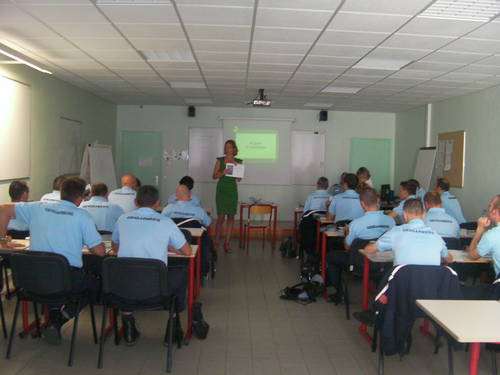 Nevertheless the gendarmes handed out a fine of €450 to one of the drivers for not respecting his own resting hours.
The aim of these trainings is to educate the French gendarmes so that they are capable of enforcing the animal-welfare legislation when confronted with a livestock lorry.