Home » Our inspections » other » Rescue of a goose on highway A7 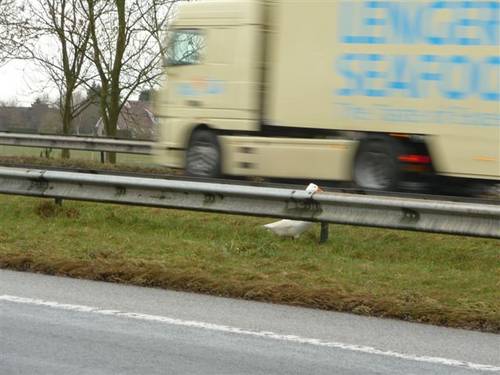 While driving on the A7, Eyes on Animals investigators spotted 2 geese in the highway divider. One was dead, and her mate was staying faithfully at her side. But when he started making attempts to walk across the highway, Eyes on Animals investigators decided action was needed to rescue him. The police and the Animal Ambulance was called to the scene. The highway was shut down for 10 minutes so that the goose could be moved to safety and the dead one picked up. The rescued goose was moved to a field with waterways and lots of other fowl. Eyes on Animals wishes to thank the police and the Animal Ambulance for their help!