Home » Our inspections » transport » Expanding our police trainings in Belgium

Eyes on Animals has offered 4 highway-police trainings in Belgium so far, and will focus part of 2012 on expanding this service. Getting the highway police involved is as an extremely effective way of assuring that animals can benefit from the laws set out to protect them during transport. 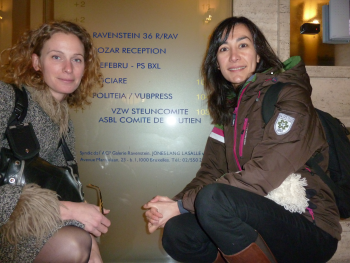 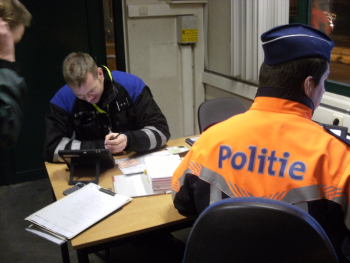 In the first week of January, Eyes on Animals distributed over 80 of our training brochures of the EU animal-welfare during transport legislation to four highway police offices in Flanders. We were met with great interest and a training session for this spring is in the works.  On January 16th Eyes on Animals also met with staff from Politiea who, among other things, publish a national magazine for the Belgian police force.  An article will be printed soon in this magazine about the Eyes on Animals trainings and the importance of checking on animal-welfare during transport. We would like to thank the staff from Politiea and the police officers we met for their interest and motivation and the Belgian Ministry of Health, Food Safety and the Environment for approving and financing our training material.