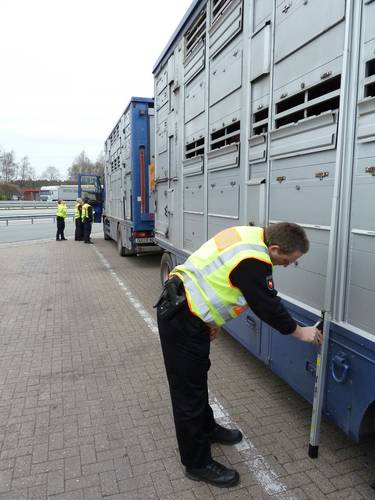 Lesley at Eyes on Animals was contracted out by Animals´Angels to participate in a 2-day seminar on animal transport inspections for the German highway police in Winsen. On the first day Lesley spoke about animal-welfare problems that can occur during transport, our work with officials abroad and loopholes in the current legislation and sanctioning systems. On the second day of the seminar, livestock trucks were stopped and inspected along the highways. In total 8 livestock trucks were examined. One was a double-decker with tall adult cattle loaded on both levels. As a result most of the animals did not have adequate headspace, and 4 cattle in particular had their backs rubbing againt the ceiling above. The truck driver was told to bring the animals to the closest slaughterhouse and unload there, and the company will receive a fine. 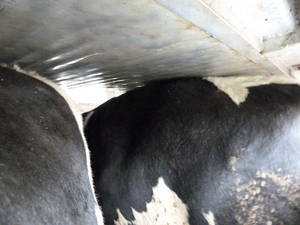