These male piglets will never have to endure the pain of being castrated. 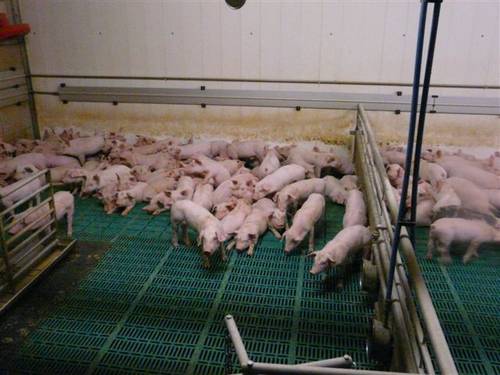 In April 2008 the Dutch group Varkens in Nood threatened to take Dutch supermarkets to court for causing unnecessary suffering by selling pig meat from castrated males. The retailers reacted by agreeing to search alternatives, and now together with a large German slaughterhouse that supplies most of these stores, are investing time and research into an electronic nose that can solve the problem of boar taint. Eyes on Animals was invited to the meeting at the German slaughterhouse and to an inspection of a first pig farm that has stopped with castration. Plans are that within 1.5 years, The Netherlands will no longer castrate male pigs. Eyes on Animals will spread this information to those countries that continue to castrate male pigs so that they too adopt this much better alternative!