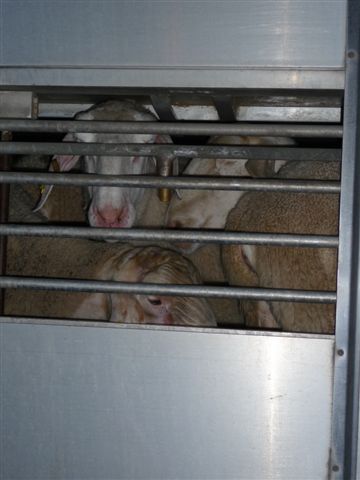 In the early hours of July 31 (2009), Eyes on Animals together with PMAF stopped two Spanish-platted trucks with sheep on board, destined for slaughter in Lebanon.  The sheep did not have enough head room to stand up in their natural position, and there were no dividers in place.  The French gendarmes handed out two fines because of this.  The investigators even had to drive the chauffeur to the bank machine to take out cash to pay the fine on the spot.

The incident was covered by French television (France 3 Sud), to watch  click here