This afternoon, Eyes on Animals met with the management of the Dutch snack manufacturer Ad van Geloven about our investigation report ‘The Cruel Reality behind horse meat in the Netherlands‘. Their own audit team has just returned from Mexico, and we were keen to hear about their – announced – inspections. Eyes on Animals urged the snack company to stop the import of horse meat from Latin and North America as long as the welfare conditions for horses in slaughterhouses and during transport remain far below European (legal ) standards.

Our team also emphasized that our years of experience with fraudulent practices and poor animal welfare supervision in these countries, lead us to believe that the situation for horses there will not change in the coming years. The Director said his company strives to secure animal welfare in its CSR (supply chain) policy, but indicated that “as long as the consumer asks for horse meat” he wants to continue to deliver these snacks. He has stated his company will seriously consider buying horse meat from other slaughterhouses, where horses are treated according to EU legislation. Eyes on Animals will keep in touch with the management and appreciates it that Ad van Geloven seriously wants to consider our recommendations. We will keep you informed. 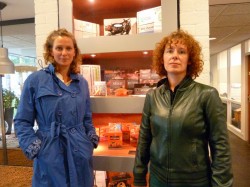 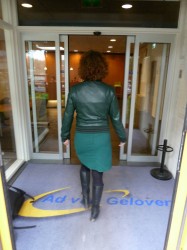