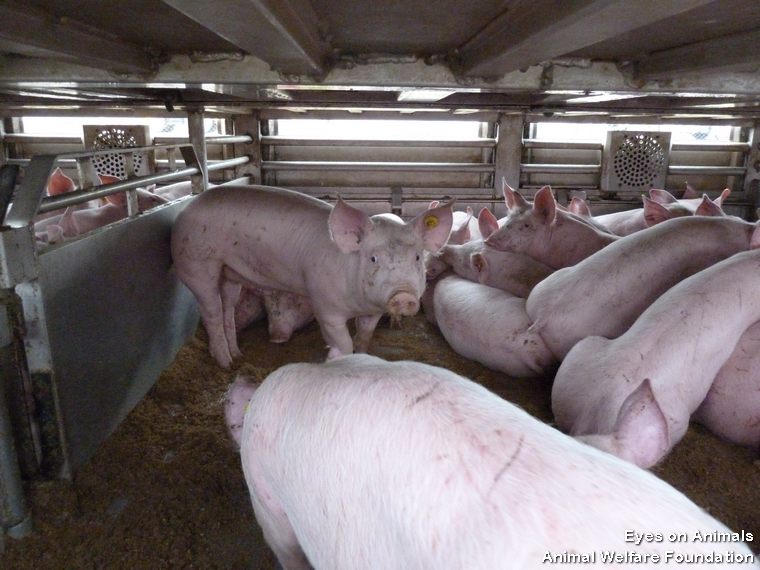 Today the Eyes on Animals/Animal Welfare Foundation team conducted random inspections of livestock trucks passing on the highway in Hungary. Two Romanian-platted trucks stopped and were checked. On one of the trucks were piglets from Germany (850 on board) and were destined for Romania, the other truck had loaded piglets in Herten, Holland (884 piglets on board) and were destined for Bulgaria. The organizer of both consignments was Koningsbosch from The Netherlands. The conditions were very good- lots of clean bedding and very good loading density. The water tank was full. We did not observe any evidently sick or injured animals. The drivers were open and professional. The piglets had received a 24-hr stop at the control post in Cary, Slovakia, where they were fed and rested. 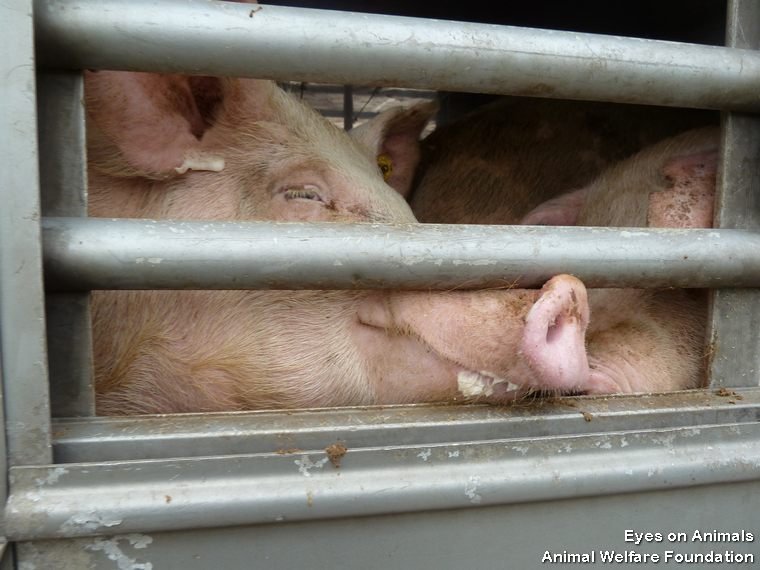 Shortly after, we inspected another pig truck. This time it was a Hungarian truck with Hungarian “slaughter” pigs on board. They were destined for a slaughterhouse 2 hours further south, in Szeged. The density was not acceptable, the pigs were very overcrowded. We will send a complaint to the slaughterhouse veterinarian with a copy to the official veterinarian office.