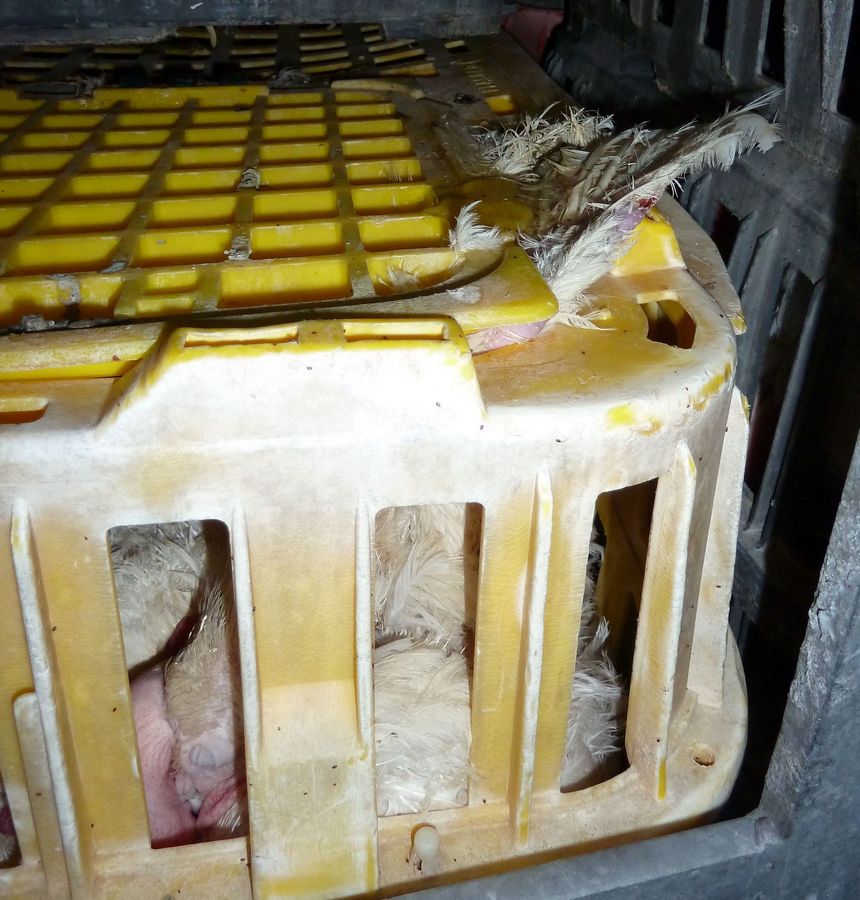 Today Eyes on Animals met with 3 people from the Dutch poultry industry. One representing NoviPluim (Broiler Breeders), one representing the Dutch Association of Poultry Producers (Bond van Pluimvee) and one was a transporter and trader of broiler breeders and slaughter hens. The aim of the meeting was to make sure the Dutch poultry industry knew of the problems we had reported on in our report Cracks in the Crate but to also brainstorm together on a new design of a transport crate that better protected the birds and assured access to them during the journey, and to discuss our ideas for how they could improve the welfare of poultry during catching and loading. Although catching-companies in the Netherlands have to be approved by a quality system, called IKB, this is only a piece of paper stating what rules the catchers should abide by during loading. Proper training could help avoid that birds (such as this one in the photo) become seriously injured during loading.
We had a very long and fruitful discussion, with some hopeful results. Together we are going to look into the possibility of a new crate patent, and they will look into the possibility of catchers receiving more thorough training in humane handling and loading. We will stay in contact and continue with our efforts.