Our team together with the highway police inspected livestock vehicles on the road leading to the nearby pig and poultry slaughterhouse. We controlled 6 livestock trucks and more than half of them were in violation of the EU legislaiton on the protection of animals during transport (EC 1/2005). 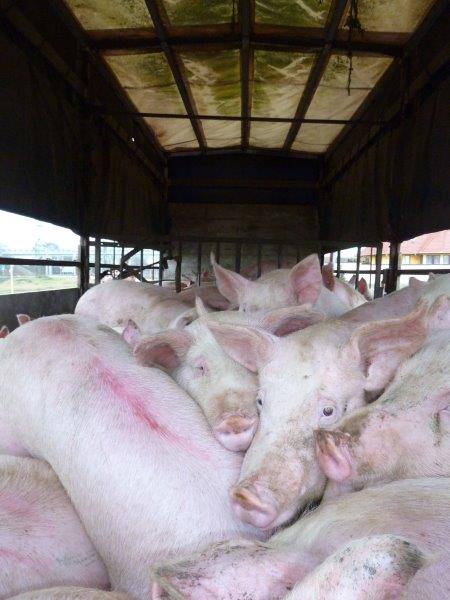 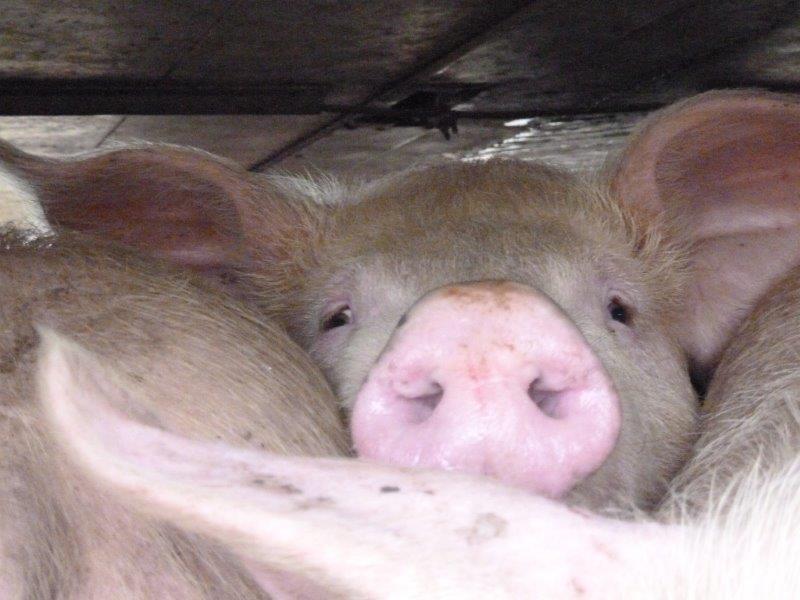 The violations mostly consisted of overcrowding and unsuitable vehicles for the transport of live animals. 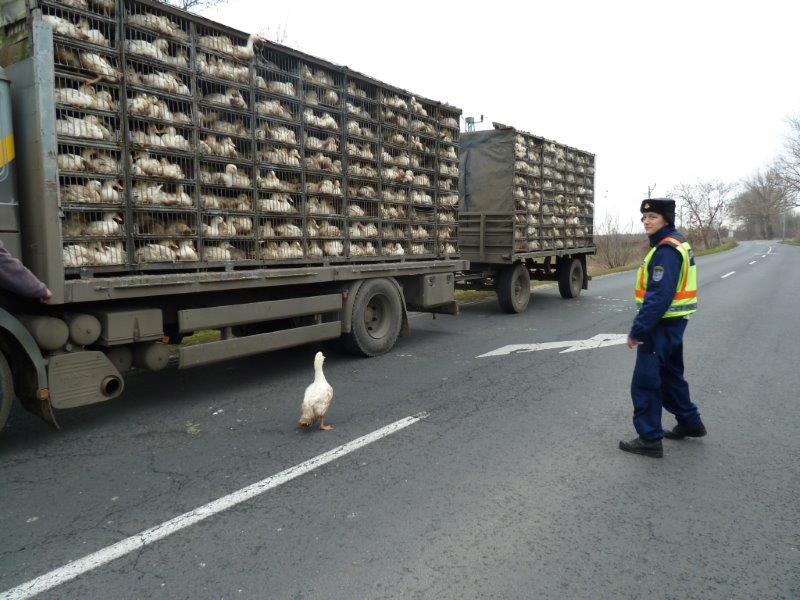 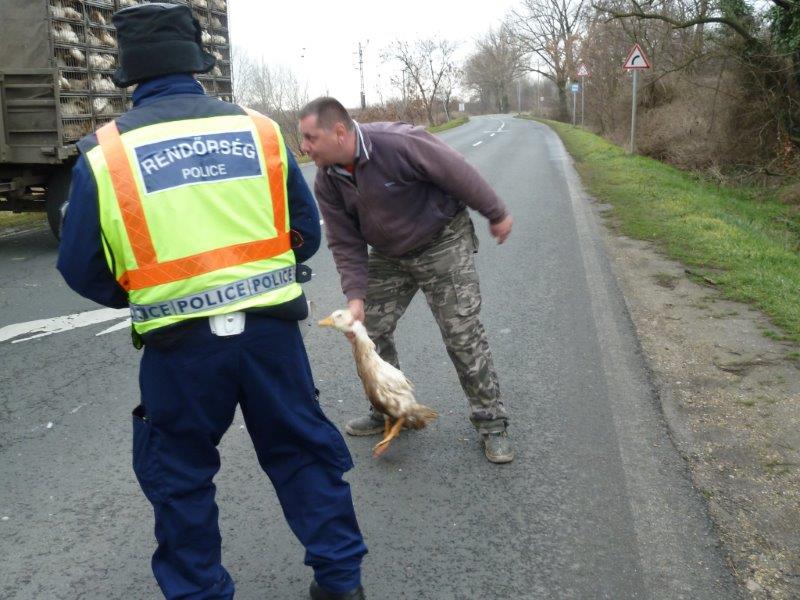 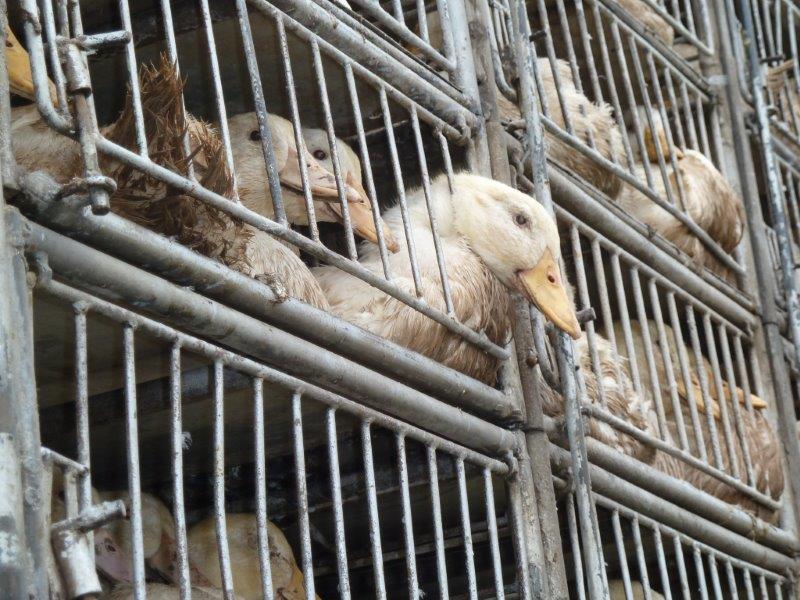 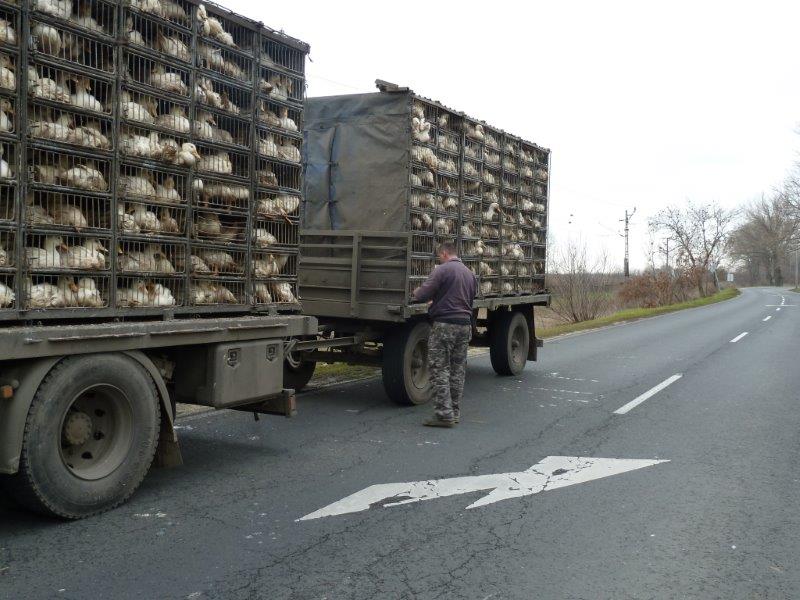 The ducks had been used in the production of foie gras and made a very sick and lethargic impression. After weeks of being force-fed and living in tiny cages, it was disturbing to see them being transported also in poor conditions. Some of the doors to the crates were even broken, leading to one duck falling out.

The police issued many notifications about the violations found. These notifications are sent to the official veterinarian who can then write the fines out. We talked with the chief veterinary inspector of the region and discussed the most frequent violations that need more attention.

In the future we expect that such violations will diminish. As the result of our last joint inspections a fine of 400.000 forints was issued.

Eyes on Animals has filed an enforcement request with the minister of farming, nature, and food … END_OF_DOCUMENT_TOKEN_TO_BE_REPLACED