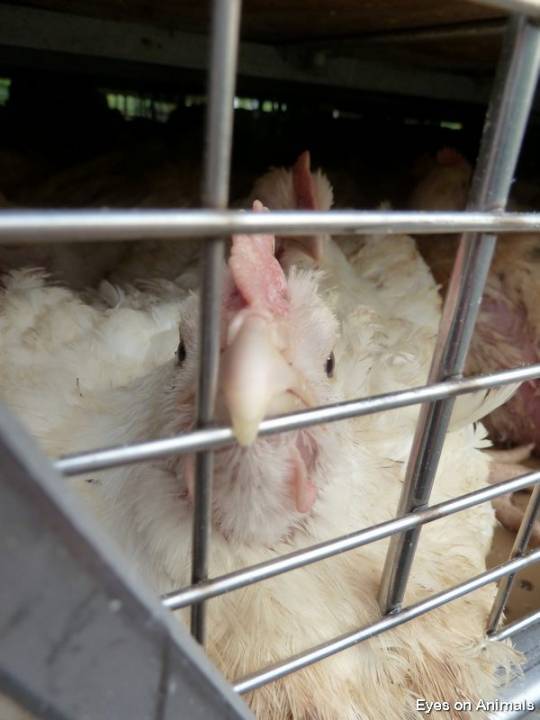 Today we met with a man who trains poultry-truck drivers and chicken-catchers. Like all livestock drivers in the EU, drivers of poultry-trucks must also undergo a training and get a certificate of competance before being allowed to transport live animals. The purpose of the meeting was to find out what the training program is like and how we could add to it, to improve the welfare of chickens in practice. We discussed our concerns; that chickens we observe on transports are too often unfit, found wounded by the crate, are overcrowded and that the drivers had no access to the sick and injured birds once loaded. The man showed us what steps the Dutch competent authorities had taken since the release of our reports showing violations during the transport of broiler chickens and spent hens. One NVWA work instruction document, published on December 20th, 2012 showed that controls of chickens’ and hens’ welfare at the poultry farm and upon arriving at the slaughterhouse are now to be more thorough and stricter by the Animal Welfare Officer of the poultry slaughterhouse and by the competent, official veterinarian or practitioner of the Dutch Food and Consumer Product Safety Authority (NVWA).

Eyes on Animals has filed an enforcement request with the minister of farming, nature, and food … END_OF_DOCUMENT_TOKEN_TO_BE_REPLACED