Home » Our inspections » transport » Presentation to Dutch banks about animal-transport 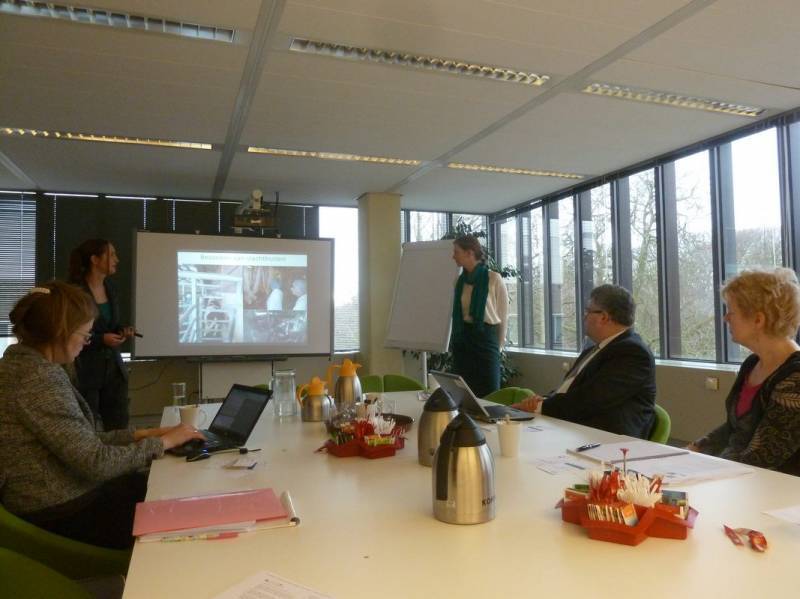 Eyes on Animals gave a presentation today at a meeting for banks in The Hague, made possible by the Dierenbescherming (national Dutch animal protection organisation). In July of last year a report about Dutch bank groups and animals transport was published. The report shows that banks that invest in animal transport and meat companies pay little attention to animal welfare. ING, ABN Amro, Rabobank, SNS Reaal and Aegon were graded as 1 on a scale of 1 to 10.

Research agency Profundo presented their report and Eyes on Animals gave a visual presentation about the concrete problems witnessed in the field during our inspections of Dutch and European animal transports, exporters and slaughterhouses. We also gave examples of improvements that certain companies did and gave suggestions for what banks can do to enhance animal welfare. Banks could set criteria for companies, like for instance training chicken catchers and installing CCTV cameras in slaughterhouses.

Rabobank and ING were present. ABN Amro, Aegon and SNS let us know they could not be there. A reacher of Wageningen University of Agriculture was also present. The meeting, in which after the presentations we discussed possibilities for improving animal welfare, was certainly constructive. We thank Rabobank, ING, Profundo and the Dierenbescherming for making this day possible.