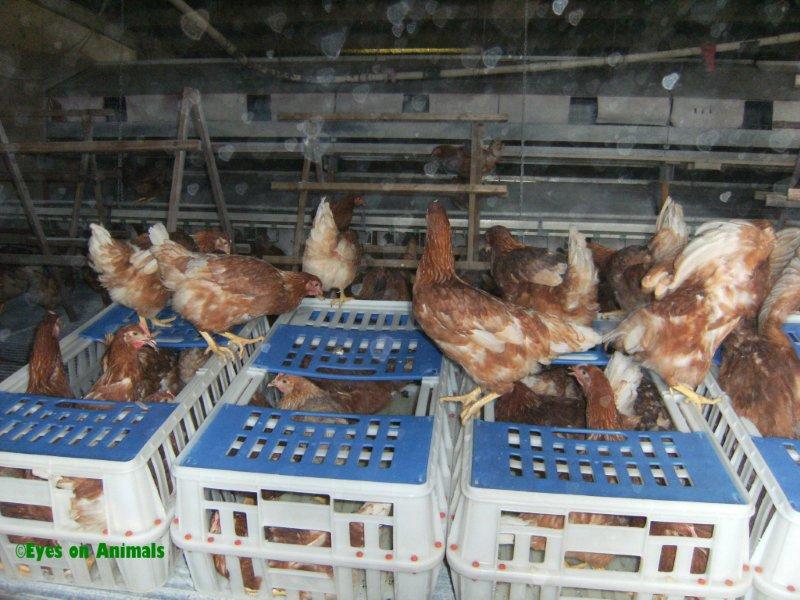 Eyes on Animals was invited by Joost Slingenbergh and Suzan Houtepen to come and watch the arrival and unloading of 4050 young organic laying hens in Weeze, just across the Dutch border in Germany. This location is rented; they own a second location in Siebengewald in the Netherlands with 11.700 biodynamic laying hens. The chickens (Lohmans) came from Lunteren and were 17 weeks old. Joost and Suzan hope they will keep on laying plenty of eggs for two years and then will be sent for slaughter. The transport from Lunteren took about an hour, in a truck air-cooled by a ventilator from the company Verbeek Broederij en opfok. The chickens were calm and they had enough space. The crates are designed in such a way that most hens can fly out themselves upon arrival in the barn, thanks to large sliding doors at the top and side (see picture below). The hens that didn’t fly out themselves were lifted carefully through the top of the crate by four people (in this case an extra pair of hands from Eyes on Animals). After an hour all crates were empty and there were no injured chickens. The animals will stay inside the next two weeks to get used to their new environment and after they will have access to a large field with varied plantation. The visit to this family company was very pleasant and the way they deal with chickens that are ‘intact’ (no beak trimming) commands respect. We thank Joost and Suzan for their openness and hospitality and we wish them lots of success with their company. The eggs of this organic farm can be recognised by code 0 on the egg. For those who like eggs, these ones are warmly recommended. 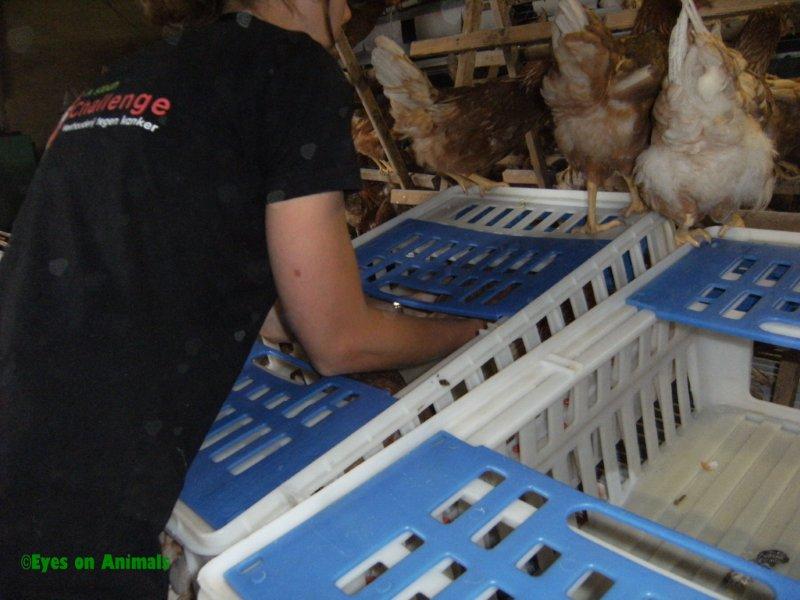