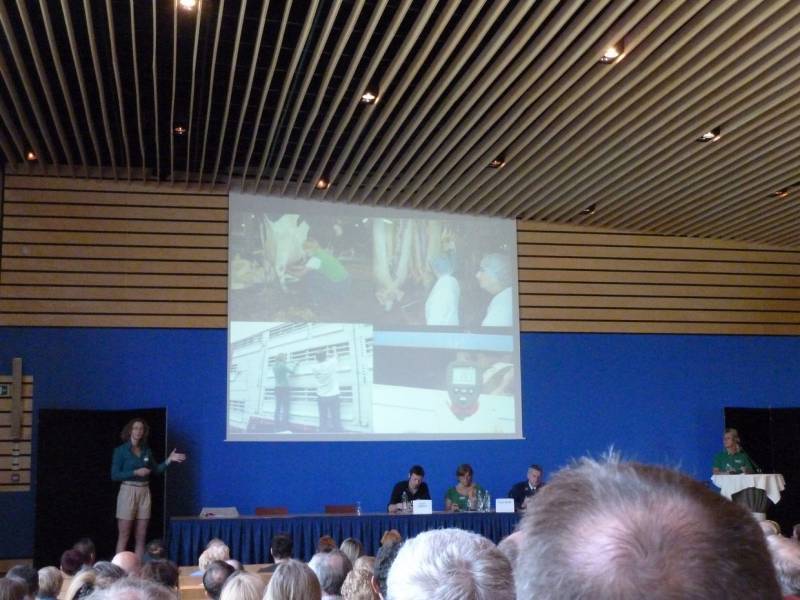 Today a team from Eyes on Animals was invited to give a talk at the Congress on Animals & Law for Belgian police and attorneys, which was held in the town of Leuven. We gave a presentation on the violations that we have observed during the loading, transport and unloading of farm animals in front of a crowd of 175 people. Also present were the Animal Police from the Netherlands, who gave a terrific speech on their work to fight animal abuse. Interesting was that this has improved their effectiveness in fighting all sorts of other crimes, as animal abuse is, in 80% of the cases, linked to other crimes such as the trade of drugs, weapons, women, and violence towards children. A Belgian policewoman also gave a very interesting speech about a book she just published, summarizing all the Belgian national laws available to protect animals from suffering.

At the end of our speech participants came up asking for our training brochure and we made many new contacts with local attorneys and police that take animal crimes seriously and want to get more involved. It was a very stimulating day and we would like to thank Politea for organizing it. 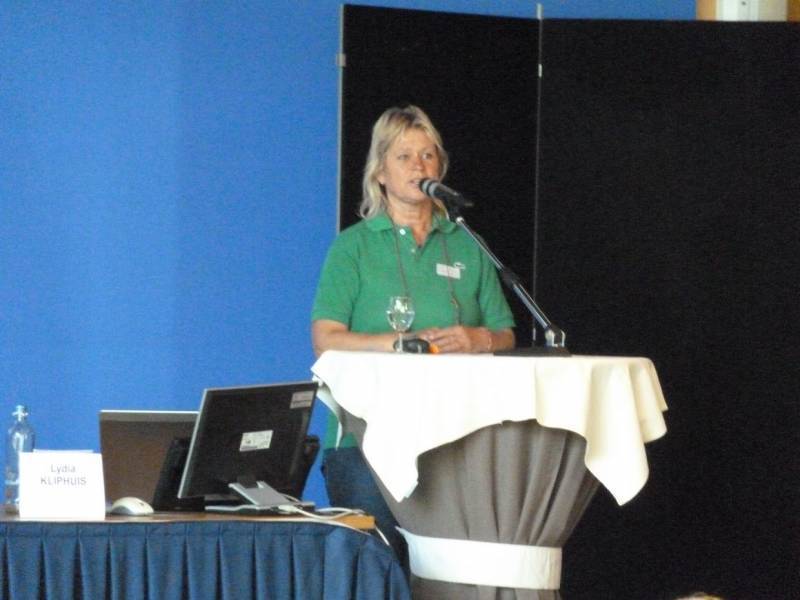