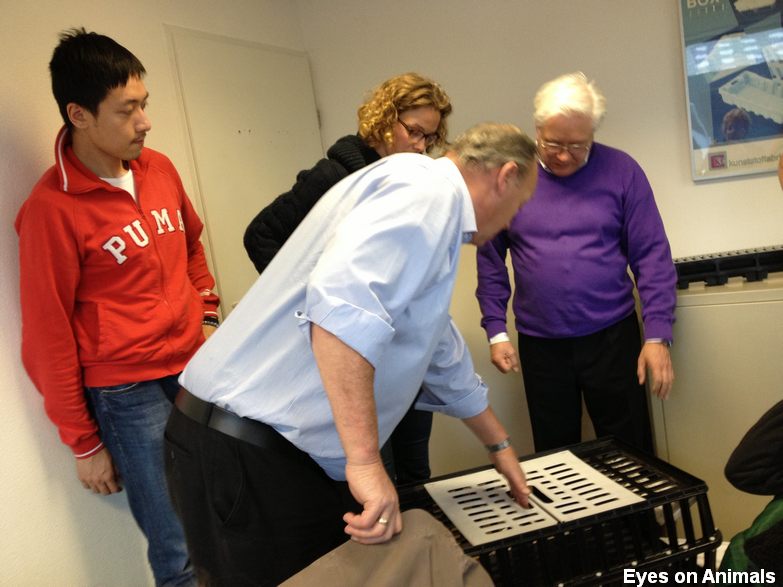 Since publishing our report “Cracks in the Crate”, summarizing the routine violations taking place during the transport of poultry, a few people from the chicken industry in The Netherlands and Belgium expressed interest in improving the situation. Today we invited them to meet with us and a plastic company that produces poultry crates to brainstorm about how we could change the design of the current crates, to better protect the birds during transport. Two Dutch and two Belgian chicken-industry people attended, along with a poultry scientist from Wageningen University and representatives from the plastic company where the meeting was held.

We discussed what the advantages and disadvantages were of the current system, what should be changed, and how we could also improve the professionalism of the chicken catchers. The way chicken catchers catch and load the birds into the crate, plays just as important a role as the design of the crate, to the welfare of the birds during transport. The four-hour meeting led to the following agreements, that bring some hope:

1. The plastic company will have a new prototype drawn up.

2. The Dutch poultry trader, if impressed with the prototype, will buy enough crates of this new design for one truck, to test them out.

3. The Belgian transport and slaughter company are replacing their old crates with new ones that have larger loading doors, with less risk that the wings or feet of the birds get caught during loading.

4. The Dutch transporter is open to the idea of training chicken catchers. We could provide the theory, and he could possibly lead the practical part.

We would like to thank all those people that attended and gave their input, as well as the plastic company for hosting the meeting. We are now staying in touch and working on the steps above together. 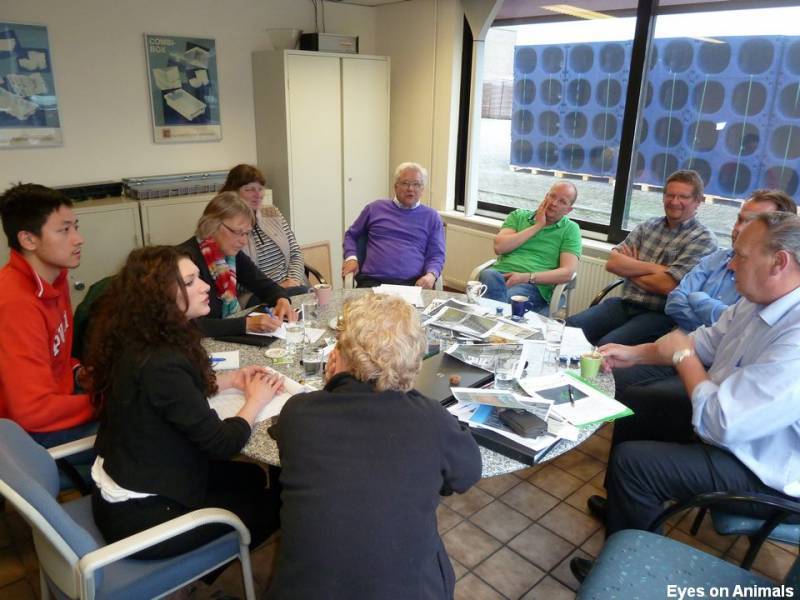 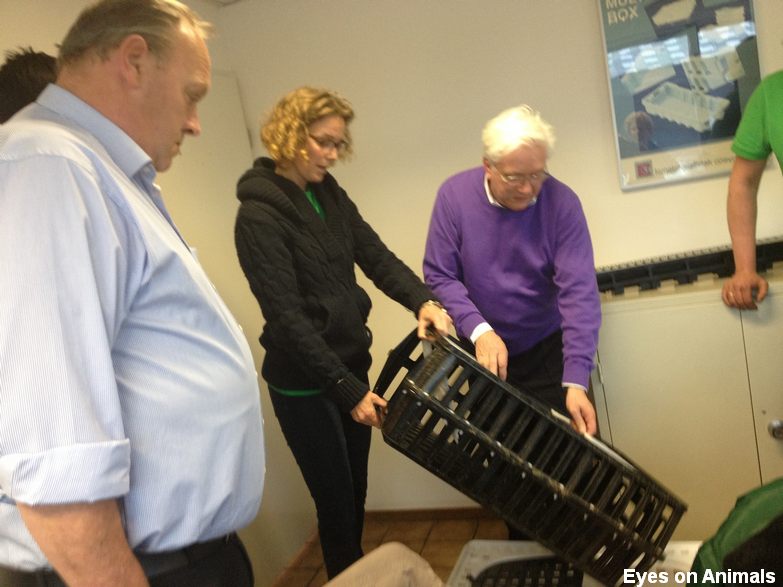