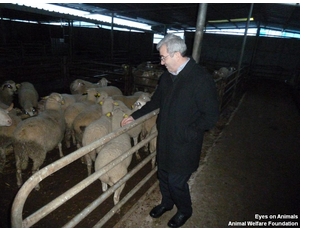 We had visited this slaughterhouse in 2010 and in June of 2013 where serious welfare problems were observed, including the dragging of a downer bull out of a truck, cattle slipping and falling and cattle being hoisted by one leg alive. Today we wanted to see if any improvements had been made since we sent our report and complaints in early this fall.

Unfortunately they have not made many of the changes we recommended – there is still no anti-mounting device to stop bulls from jumping and injuring each other.

The sides of the cattle raceway are still not solid but rather open bars leading to risk of leg injury but also causing cattle to balk and stress due to seeing so many distractions. The unloading ramp is quite steep and the cattle are still hoisted alive by one leg. (They use a better system for sheep however where they do not have to be hoisted alive by one leg- a sort of automatic conveyor ramp). 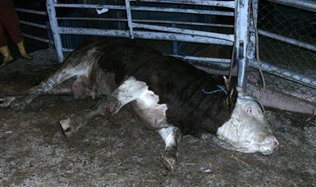 In 2010 AWF observed this downer bull being brutally
dragged out of a truck and left on the ramp of this slaughterhouse.

They claim that they may have to shut down as of January 1st anyhow, when new Slaughterhouse Regulations are coming into place in Turkey, thus they did not want to invest too much yet when the future of the company was so uncertain.

Nevertheless, they have an extra alleyway leading directly to the slaughter room where they say injured animals are brought, instead of dragging them out. Here they are either killed while still on the truck or put on a trolley and wheeled in. 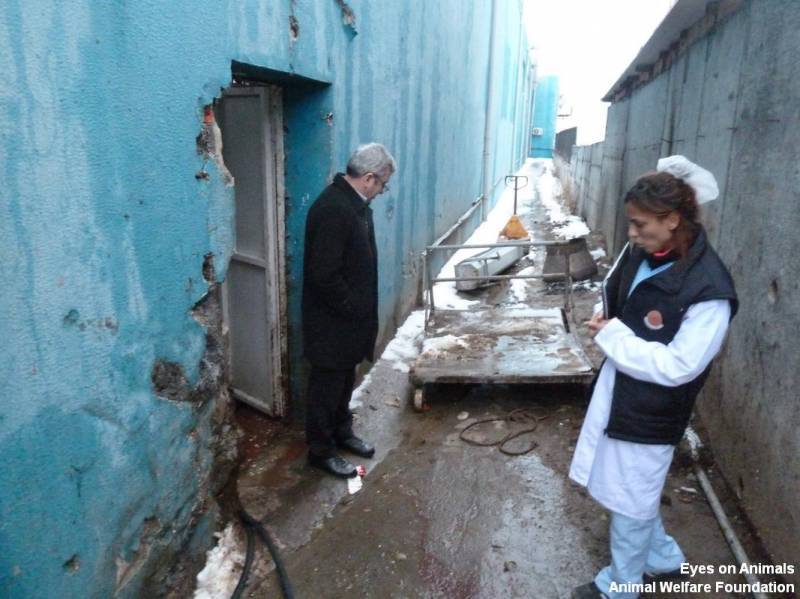 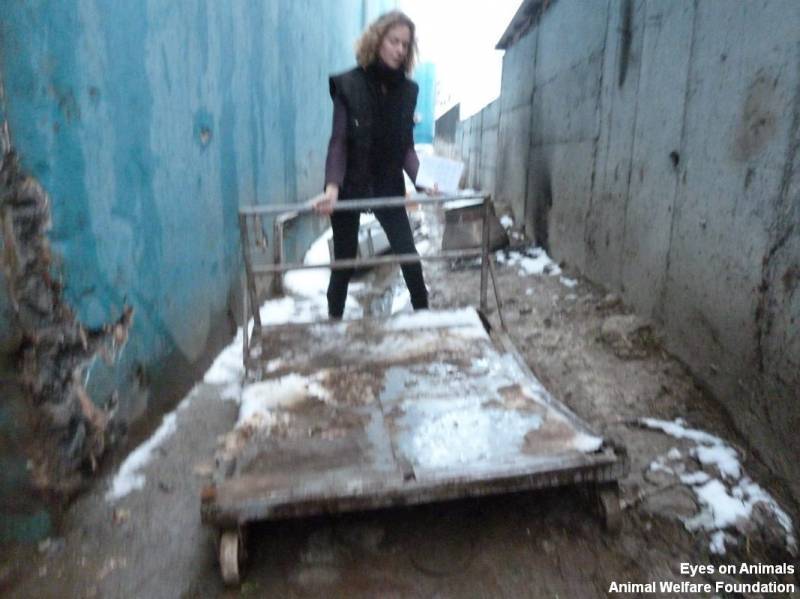 They also did pour down new concrete to make the floor of the raceways and unloading ramp even, as previously there were holes and bumps in the floor risking injury during walking for the animals. 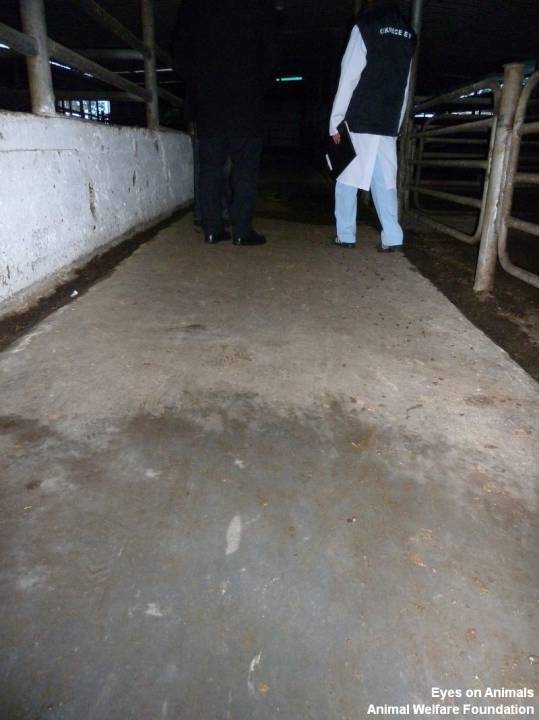 As well. Dr. Cagla Cilesiz, veterinarian technician at this slaughterhouse, participated in a 2-day Animal Welfare During Slaughter Training course in late June, put on by the VPHS (Veterinary Public Health and Social Activities) in Turkey and sponsored by the RSPCA.

We held a good meeting with the two veterinarians and later with the boss, plus got an extended tour.. We have left a list of further improvements with the boss, who promised to look into getting them put into place after January 1st. Dr. Tahsin Yesilderet and the team will remain in contact with this plant. 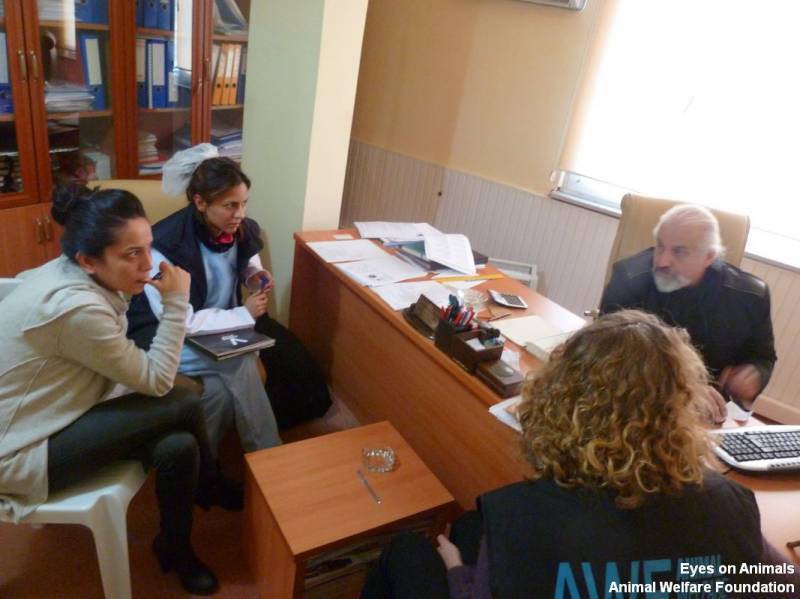 We would like to thank Dr. Yesilderet for helping us today and the veterinarians and boss of this plant for showing an effort to cooperate.