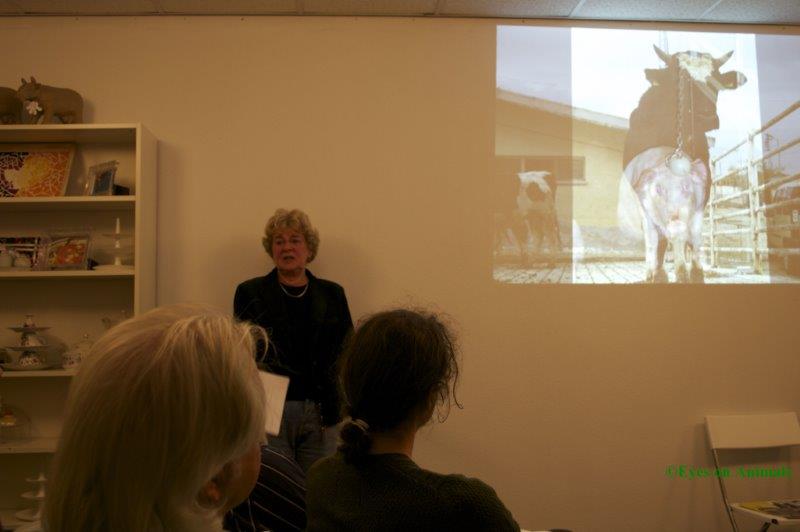 Tonight, Eyes on Animals was a guest-speaker at a general meeting for the members of the Political Party for the Animals in Groningen. After the introduction, there were many questions from the attendees —sincere in their interest, but sometimes unpleasantly surprised by how many things still go wrong within the EU. For example, the transport of poultry without access to care for (or to euthanise) injured animals. But people were also impressed with what concrete improvements we have been able to achieve so far. At the end of the evening, to our surprise, we received an envelope: It turned out the attendees had held a spontaneous fundraiser! We would like to thank the Party for the Animals in Groningen for this invitation. It is good to know that a political party shows interest in the work of our small organization to improve the welfare of animals during transport.