On January 6th, 2019, one Kipster barn (11,000 chickens) was completely emptied using the EonA Dutch way. Ruud Zanders, director of Kipster, also helped with catching. He said he could clearly see that the EonA Dutch catching method is more respectful for the chicken. 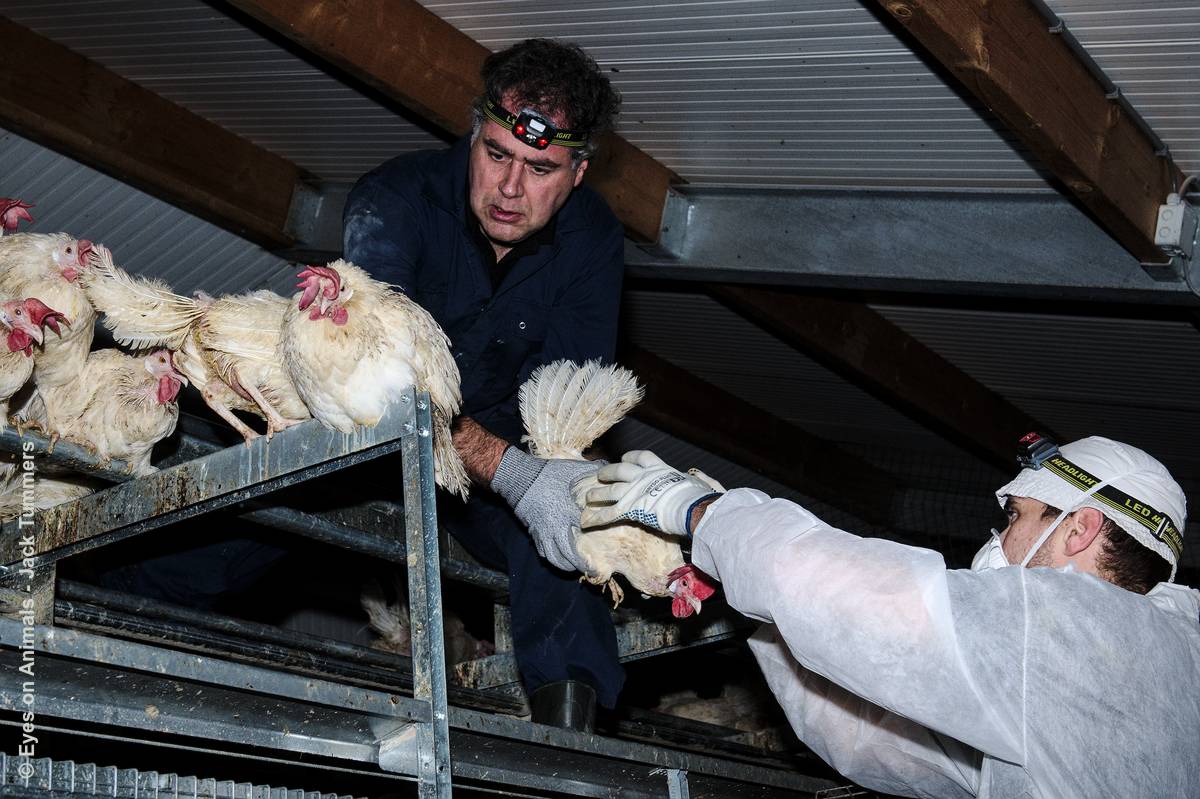 Even though poultry barns are constantly evolving, the primitive and rough catching and loading of chickens, has been going on for decades. Together with Kipster and Den Ouden, Eyes on Animals will, in addition to switching to EonA Dutch catching, also look at techniques to modernize and facilitate catching and loading.